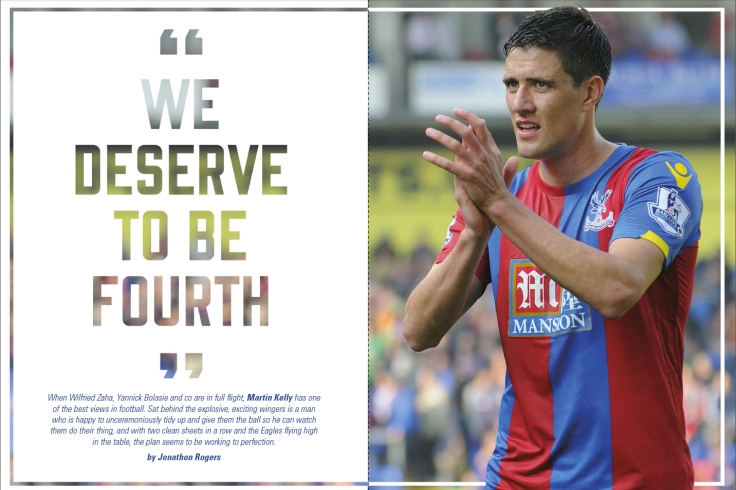 When Wilfried Zaha, Yannick Bolasie and co are in full flight, Martin Kelly has one of the best views in football. Sat behind the explosive, exciting wingers is a man who is happy to unceremoniously tidy up and give them the ball so he can watch them do their thing, and with two clean sheets in a row and the Eagles flying high in the table, the plan seems to be working to perfection.

Having played against some of world football’s best wingers Martin Kelly knows a thing or two about the trickiest customers in the game. He’s come up against Ryan Giggs, Eden Hazard, Raheem Sterling, Alexis Sanchez and Gareth Bale to name a few, but there’s two names that he’s happy won’t be giving him sleepless nights anytime soon – Wilfried Zaha and Yannick Bolasie.

The Palace pair have been in sparkling form – and have had to be with Bakary Sako and Jason Puncheon also adept in their positions – but they would be the first to admit that their safety net behind them do the dirty work to allow them to dazzle.

Fans remember the silky skills that lead to goals or win penalties, but the time and space the wingers operate in to do the damage is created by the selfless, often unused runs that Kelly and the other Eagles’ full-backs produce to cause confusion in the opposition defence. 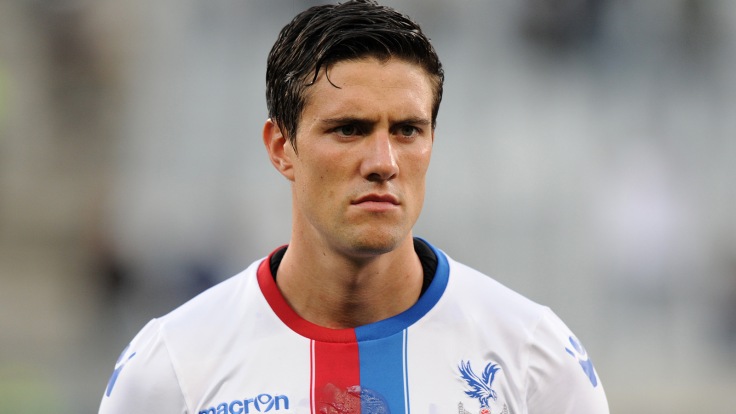 When things go awry in front of them, they’re the ones that scamper back, mop up the mess and get the ball back to the jet-heeled midfielders to spring another counter-attack, and the former Liverpool man is content with being an unsung hero and handing the headlines to Zaha and Bolasie.

“I’d much rather be playing with them both than against them!” he said. “I think every team that comes to Palace and sees their names on the teamsheet know that they’re going to be in for a tough game.

“It’s been good playing behind Wilf for the past couple of games because the manager wants me to get the ball to him as quickly as possible, let him do his thing and then join him when possible. I think in the West Brom game it was crucial for the full-backs to support the wingers and create two v one situations against their defenders because they set up quite defensively with two banks of four.

“We do quite balanced work here in training but if I’m at right-back and I know who Wilf is up against, when I get the ball I’m going to give it to him because I know what he’s like one v one. He’s relentless at going at players and it’s the same with Yannick.” 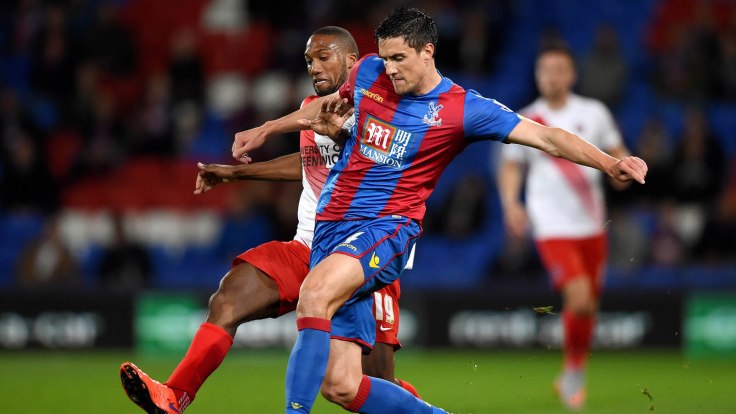 This ‘get it and give it’ mantra has worked wonders for the high-flying Eagles this season, and their fans can be forgiven for checking the league table daily during the international break just to make sure they’re still in the top four. Just to clarify – they are, and they deserve to be there.

Five wins from their opening eight league games has brought the fine form from the end of last season into this one, and now unburdened with a poor start to rectify for the first time in two seasons, the Eagles are getting plenty of praise for their heady league position, however Kelly isn’t too shocked by how well things have gone since things kicked off in August.

“In terms of the performances we’ve given since the start of the season it’s not a surprise but it’s still very early on and I don’t think we can get ahead of ourselves,” he added. “We deserve to be fourth at the moment and it’s about maintaining these good performances and giving us the best possible outcome we can in each game.

“We’re still working on us as a team. We’ve got the right balance at the moment and I think that’s showing in games – for example understanding the right opportunity to go forward at pace. We’re starting to learn how to keep the ball better under pressure and managing the game when we’re ahead and its credit to us all for learning that quite quickly. We don’t have to go forward and lose possession every time, we can keep it and aim to pull one of their players out of position and get crosses into the box.”

Once this new ideology is firmly in place, you wonder how much better things can get. Many in the media are tipping Pardew’s side as a European qualification dark horse, and that’s something that the 25-year-old is well versed in. He’s made his debut in the UEFA Champions League, walked out of the narrow Anfield tunnel to the strains of the famous theme music, and turned out numerous times for the Reds in the Europa League.

But any thoughts of introducing those magical European nights to Selhurst Park next season are well and truly on the backburner, as Kelly explains: “No-one is thinking about that, we just take each game as it comes and implement the gameplan that the manager gives us.

“It’s a healthy situation for us to be in at the minute but we don’t want to get above ourselves. We have to keep working hard on the training pitch and starting games at the right tempo, and then hopefully we’ll achieve more than our expectations.

“I played two or three times in the Champions League and that was a great experience and I played quite a few times in the Europa League, but I’ve learnt so much since coming to Palace.” 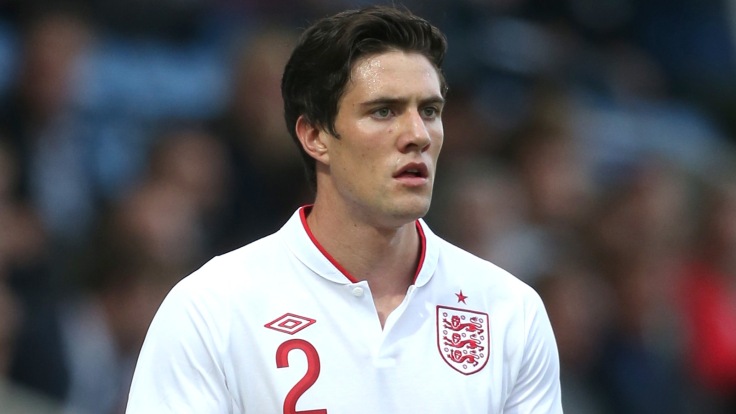 He may still be learning, but the one-time capped England defender has plenty of knowledge himself of how to stay in contention for a European spot from his time at Merseyside where a winning ethos is drilled into academy graduates such as Kelly from a young age. So what is the secret to hanging onto the coattails of the league’s elite?

“Confidence is a big aspect in any team and we’ve got that at the minute,” he explains. “Other teams are now giving us a bit of respect; respect that we deserve for the last couple of seasons that we’ve had in the Premier League.

“We sometimes still go away from home and give the bigger teams respect, whereas when I was at Liverpool you’d go into every game and try to win with really open football. At Palace we’ve got a bit more structure in terms of the midfielders knowing they have to defend as well as attack, and the forwards even have to grown over recent outings to play his part in finally keeping their opponents out, with successive clean sheets backing that up.

“I feel as those my performances have been improving in each game I’ve played just because I’m getting fitter,” said Kelly. “It’s difficult coming straight back into a side when you haven’t played that many minutes and football is all about taking your chance when you get it. I feel fitter every game and feel like the team is doing really well.

“We’ve defended well as a unit in the past couple of games and we’ve been credited by that with the two clean sheets. I think it’s a good platform for us to build on, especially now we’ve got some tough games coming up from now until the end of November.”

Further challenges await indeed for Kelly and his Palace teammates, but should things continue in the same vein until then, his experience in qualifying for and thriving in European competition could well be called upon.