Bakary Sako’s journey to make his dreams become reality is one of football’s less documented tales, but an intriguing one all the same. Starting out in deepest, darkest France, he has played for big name clubs alongside big name players, but a steady climb through the divisions on both sides of the English Channel has finally seen his ambition achieved with the Eagles.

When you think of French football, the small third division club that is Chateauroux doesn’t exactly spring to mind. Situated almost in the bullseye position in central France, this footballing outpost has seen few glory days, having spent a solitary season in their 132–year history playing in Ligue 1.

Their greatest day came in 2004 when a Cinderella story cup run took them all the way to the Coupe de France final. Playing in the Stade de France, a stadium that could cater for the entire population of the town of Chateauroux twice over, they were edged out 1-0 by giants Paris St Germain.

In their youth team at the time was someone else who would enjoy a rags to riches tale of his own. A 16-year-old Bakary Sako watched on as the plucky underdogs fell to defeat in his hometown of Paris, where three years previously he had packed his bags and headed into the wilderness. 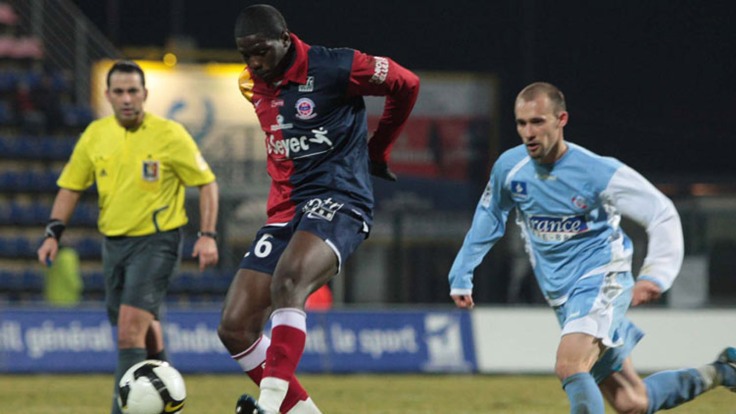 Now he is arguably the one of the club’s greatest alumni, having taken the Premier League by storm since his summer arrival in SE25. He, like Chateauroux, have had to do it the hard way, but the gutsy move to swap the bright lights of the capital for the tranquillity of the French countryside eventually paid off, despite the path being far from straightforward.

“When I was 13 I was told that a club had asked about me and I was given their number, and I ended up moving to Chateauroux,” Sako says as he takes up the tale. “It’s a small club but it has a very good academy. Some good players have come through there such as Florent Malouda who used to play for Chelsea and Stephane Dalmat who was at Tottenham, so I began there and signed my first contract. It was a good place to play football. I went through the academy there from the age of 14 until 18 and I made my first-team debut in 2006.”

That came on the final day of the 2005/06 season, but after a couple of quiet years finding his feet in Ligue 2, he enjoyed a breakout campaign in 2008/09 when he played in 35 of a possible 38 games, scored nine times and helped his side avoid relegation on the final day. 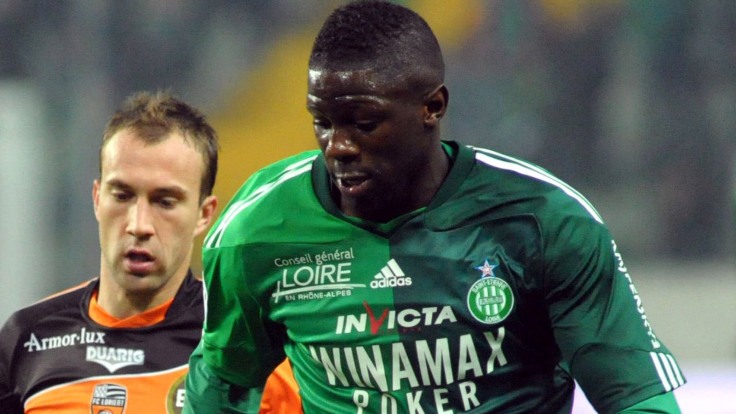 With admirers eyeing the French under-21 international, who was rubbing shoulders with Moussa Sissoko, Eliaquim Mangala and Mamadou Sakho on international duty, it was a former powerhouse of French football who acquired his signature. Saint Etienne – still the most successful team in French history with 10 championships to their name – were in need of some stardust having only just avoided second tier encounters with Chateauroux the previous season. Helping them avoid the drop again in his first season, Sako helped re establish the Greens as a top six force during his three years in the mountainous Massif Central while making his mark on the footballing landscape.

“They were the team who gave me my chance to play in Ligue 1 so I was happy to join them because they were a big club,” he admitted. “When I went there the club was building something new because before then they had some big players who were earning massive money, but by the time I came there the majority of players were from the academy so it was more like a family club. I enjoyed my time there a lot.”

With his stock rising, when the time came to address his expiring contract at le Stade Geoffroy-Guichard negotiations were fraught, and with options available to him the winger decided to try something new. Swapping one sleeping giant for another, Sako crossed the Channel in the summer of 2012 to try and restore the fortunes of Wolverhampton Wanderers.

“I was about to sign a new contract at Saint Etienne but things didn’t happen the way I wanted them to so I was a bit disappointed,” Sako reflected. “I had already spent three years there so I wanted to see something else, and Wolves had just been relegated from the Premier League. I’d always wanted to play in England so I thought it was a chance to do that and help them straight back up.”

He would get his wish of playing in a different division at the end of his first season in the Midlands, however dreams of glamour games at Chelsea and Manchester United were replaced with the reality of tests at Crawley and Milton Keynes as one of the most decorated clubs in English football slipped into League One.

If Sako, who missed the relegation run-in through injury, thought life in the Championship was tough, then England’s third tier would be even more of an eye-opener. But drawing on his experiences with Chateauroux, Sako helped a galvanised side storm their way to the League One title with 103 points, with the powerhouse winger banging in 12 goals while laying on 15 assists.

Looking back, he believes those trips to Shrewsbury, Stevenage and Swindon helped make him the Premier League star he is today, saying: “That season was a bit tough because we were the target of all of the teams that we played against but I learnt from that.

“It [League One] is a completely different style of football. When you’re playing and you’ve got three or four players around you, you have to adjust the way you play.

“Maybe Chateauroux was better than some of the other stadiums I played at there! I chose to stick with Wolves because the fans loved me so I wanted to help them get back into the Championship and that is what I did so I was really proud. It was the least I could do because everyone was watching me so I had to do something to not disappoint them.

“I really enjoyed that year because we won many games and I scored lots of goals so my team was really good, but it was something I had to learn for the future.” Fast-forward a couple of years and you realise that Sako’s all-action, bulldozing displays in the top-flight were actually developed on cold, wet, wintery nights at Vale Park and London Road. 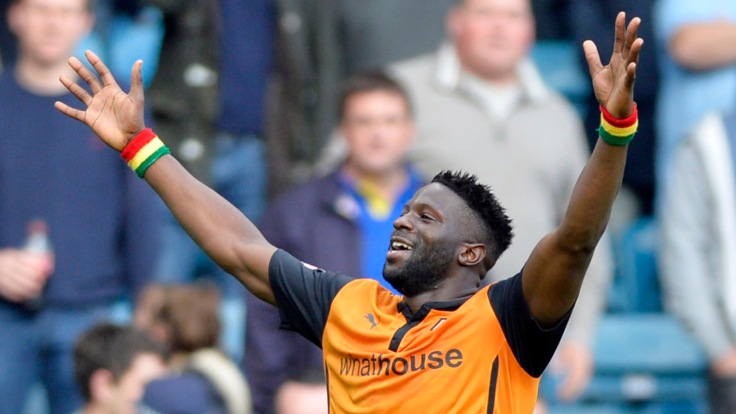 He is a winger built like a centre-back, smashing the mould of the traditional spindly, tricky wide player, and you’re just as likely to see him perform a hand-off more akin to today’s Rugby World Cup final than a stepover.

Coupled with his rocket of a left foot, Sako became a firm favourite among those clad in gold and black packing into Molineux to catch a glimpse of his latest netbuster from 25 yards. However he admits that he’s had to actually tone down the ammunition in his shooting boots!

“My shot power is natural, I didn’t work on that,” he revealed. “Sometimes I do hit it with too much power so in the past I’ve done a lot of work to control it. It’s not easy but it’s more of a strength than a weakness so I’m very happy to have it.

“English football is more my style so when I arrived I adapted straight away. I’m strong so I can play some different roles and that’s good. Sometimes you play some physical teams and the manager will want to mix it up. ”

Having bullied his way to 38 goals in his first three years in England, Sako quickly found himself at another crossroads in his career. Out of contract, he was a free agent weighing up his next move.

Offers flooded in from across the globe, but the desire to play in the Premier League still burned strongly and so when Alan Pardew and Palace got in touch, Sako’s marathon journey to the English top-flight was finally over.

“Being at Wolves was great because it is a big club and the facilities are fantastic and it is like a top Premier League club so I hope they get back to where they belong,” the 16-time Mali international continued.

“I was out of contract so it was tough to leave them because I had some great times there and lots of friends but I felt like I had done everything I could for the club and I wanted to try something else.

“During the summer I had options in England, France, Spain, Italy, Qatar and Dubai but I wanted to play in the Premier League. When I spoke to the manager I had the feeling that I had to join Palace because they play some enjoyable, attacking football and they have great players so I thought that this was the team I had to join.”

Eagles fans need no reminder as to the impact he’s made so far. A late winner from that sledgehammer of a left foot sunk Aston Villa on his debut before he followed that up with another goal against the reigning champions Chelsea at Stamford Bridge – a world away from life at Chateauroux.

As he assesses the start of his latest chapter, Sako smiles and says: “Scoring on my debut against Aston Villa was a great moment in my career. It helped me to get on with the team and with the fans because the debut is always important. Then against Chelsea we all played very well in that game and I scored so personally I was very happy.

“It was always my dream to play in the Premier League. I always used to say that one day I’ll play in England and I’m delighted to do it with Palace.”