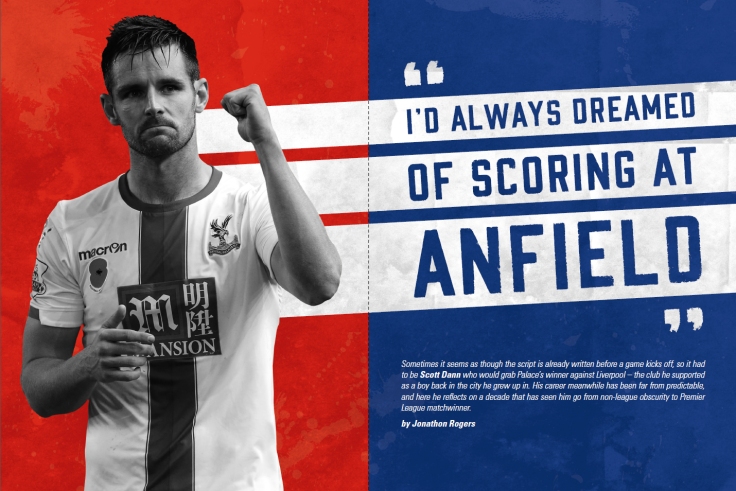 Sometimes it seems as though the script is already written before a game kicks off, so it had to be Scott Dann who would grab Palace’s winner against Liverpool – the club he supported as a boy back in the city he grew up in. His career meanwhile has been far from predictable, and here he reflects on a decade that has seen him go from non-league obscurity to Premier League matchwinner.

When he got a second bite of the cherry to head home Yohan Cabaye’s corner at Anfield a fortnight ago, Scott Dann knew that he could draw a line through another of his footballing bucket list items.

The boyhood Liverpool season ticket holder held the same hopes and dreams that the majority of you reading this also had, or still secretly deludedly possess – to firstly play professional football and then score on the same green rectangle that made you fall in love with the beautiful game in the first place.

Like most Liverpool fans, Dann probably dreamt of scoring at the Kop End and receiving the adulation from the masses crammed into one of sport’s most famous stands, but such is the quirks of football that he would ultimately be happier fulfilling his childhood dream 100 yards in the opposite direction. 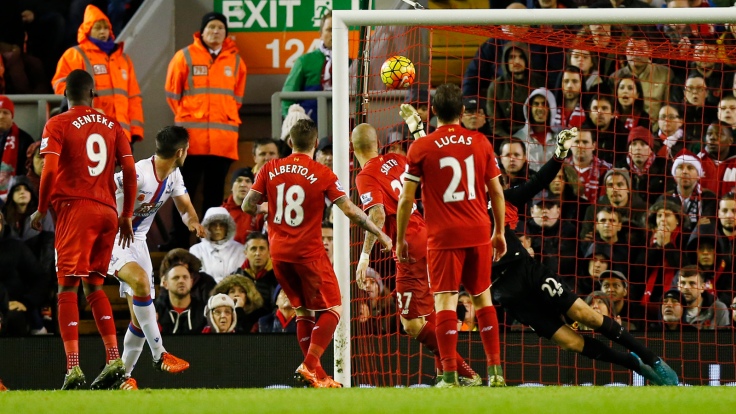 Celebrating mere metres away from Dann and his Eagles teammates in the Anfield Road Stand were around 15 of his friends and family who’d put their allegiances aside and become Palace fans for the afternoon. That would change once the final whistle was blown, and having scored the goal that beat the Reds, he would receive some funny looks for daring to show his face in his hometown the next day!

Reflecting on a golden moment in his career, Dann said: “I’d always dreamed of scoring at Anfield, it was something I’d always wanted to do being a Liverpool fan. It was great to win there last season, but to score the winning goal this time was a nice touch.

“My friends and family were all in the away end, because whenever I play against Liverpool they always support me. Some are Liverpool fans and some are Everton fans but they all enjoyed it. I knew where they were sitting but I didn’t see them after I’d scored; when you’re in the heat of the moment and you’ve scored you don’t tend to look for them and I just wanted to celebrate with my teammates and the fans.

“It was nice to get on the scoresheet and for it to be the winning goal, so whichever end it went in it didn’t really matter. I had a little bit of stick afterwards including a few texts and phonecalls from friends, and I braved the city centre the next day with my wife and got a few mixed reactions but it was all good banter!”

So back to that bucket list. Sign a professional contract – tick. Make your debut – tick. Play in the Premier League – tick. Score at Anfield – tick. It seems like the 28-year-old has achieved plenty of things so far, but what else is on there?

“I haven’t got too many things to cross off!” he admitted. “I’ve scored against Liverpool and Everton now and they were two of the main things I’d wanted to do. I’d also love to play for my country and if it happens it happens, and if it doesn’t then it’s one of those things.” 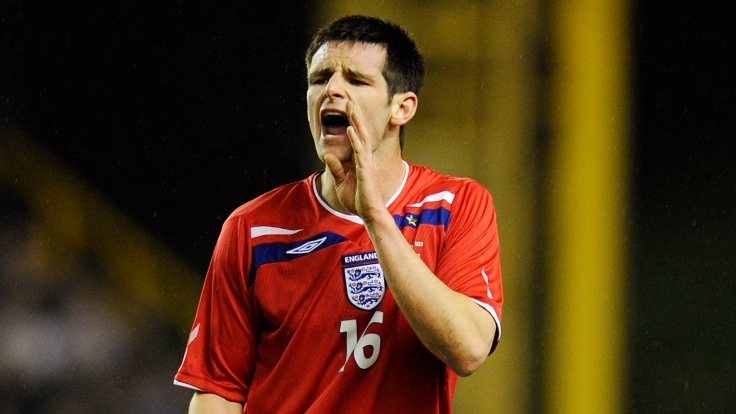 The elephant in the room has been addressed. When Dann’s name, along with Wilfried Zaha, wasn’t included on Roy Hodgson’s list of a different kind following the Liverpool game there was plenty of uproar. Palace fans took to social media to vent their disagreement, journalists across the land bashed out column inches suggesting the England manager was wrong to overlook Palace once again and even Alan Pardew scratched his head, admitting that his defender has been underestimated throughout his career.

The England question has cropped up in probably every interview Dann has done for the past 12 months, but being a model professional he is hopeful that a mixture of performances and patience will finally see another item on his list deleted.

On the international issue, he said: “I would like it to happen but the only way it will is if I’m playing well, so I have to make sure that I’m doing that week in, week out. I don’t get too caught up in it all, I’ll just see what happens.

“There are a lot of players to choose from and I’m one of a number of English players who could be picked. It depends on injuries and things like that but at the end of the day it’s the manager’s choice. If I did get into the squad then I would be delighted but if not then I’ll just keep working hard.” 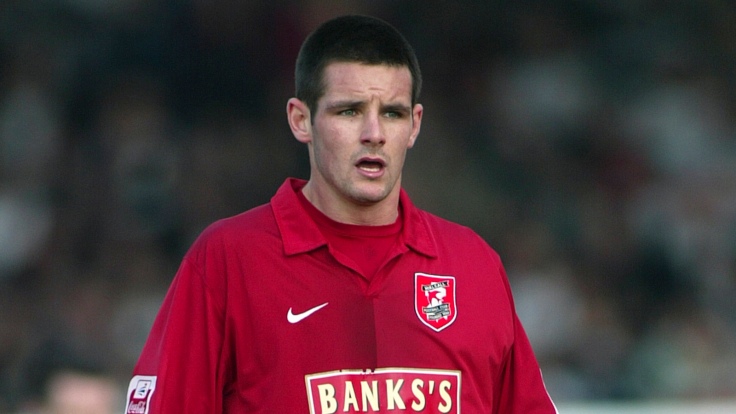 Playing for his country would be a world away from his humble beginnings in the game. Before the age of 20 he’d played in the bottom two tiers of the Football League, the Conference North and had a spell abroad in Denmark, which led to him being awarded the captain’s armband at Walsall where he was handed his start. Within three years he’d go from non-league to the Premier League. It’s an intriguing tale.

“I started off as a midfielder and by the time I left school I was a centre-back,” he said. “I always want to win so the biggest thing for me is competing, and being a defender you have to do that, especially in this league playing against the top players – if you can’t compete against them then you’ve got no chance.

“I was playing Sunday league football for my school until I was 16 and never played for any academies, but one day a scout came up to my dad and said that a couple of Premier League clubs wanted to take a look at me. They were Everton and Bolton Wanderers but Walsall wanted to see me first.

“I went down there and played in a practice match with another 20-odd trialists and afterwards the coach, who was also a Scouser, said that if I wanted a scholarship then it was on the table, but if I went to other trials then it might not be when I came back. It was a good opportunity so rather than risk it I took it and the rest is history.”

His first taste of professional football came in January 2005 when he was handed a late cameo by the Saddlers’ player/manager Paul Merson in a 3-0 win against Chesterfield, but he would soon be getting his boots dirty much further away.

A link between Walsall and Danish second division side Køge Boldklub had been formed and 24 miles outside of Copenhagen was where Dann would spend two months later that year. This was followed by spells at footballing outposts closer to home in Redditch United and Hednesford Town, but despite the lowly nature of these sides the defender believes those early experiences proved crucial in his formative years in the game.

Speaking about his spell in Scandinavia, Dann said: “I was in my first year of a YTS and I’d been playing quite regularly for the reserves so they asked me to go and play there for a bit.
I spent a couple of months with them and it was enjoyable. The type of football was different and I’d like to think it’s helped me get where I am.

“I was only young when I was going out on loan and rather than playing in the reserves you’re playing against people who are trying to earn a living, and therefore it’s a lot more physical. I hadn’t filled out properly at that time so it was tough but those experiences go on to help you become the player that you are.” 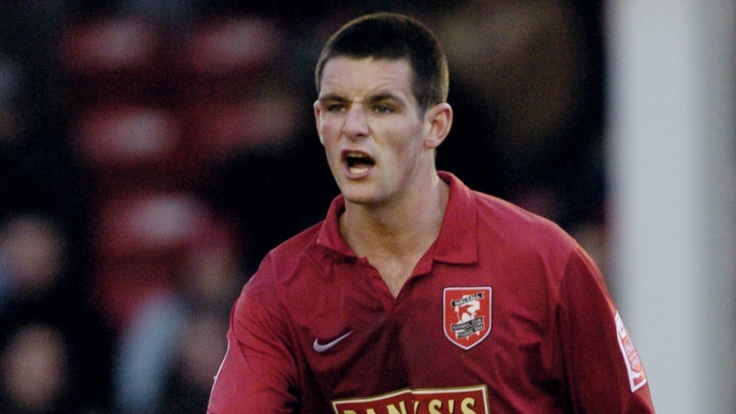 By the time he’d returned to Walsall, Merson was gone and when he was next thrown into the side by Richard Money, Dann responded by scoring the only goal of the game as an 83rd minute substitute to knock Ian Holloway’s Plymouth Argyle out of the League Cup.

With his opportunity seized, he would never look back and a decade later he’s still scoring late winners, but this time for Crystal Palace.

He admits he owes a debt of gratitude to Walsall, saying: “I was 19 or 20 and when I came back from being on loan we had no manager. I was told that if I came back fit for pre-season then I’d be in the team so I went away, worked hard and got myself in the starting 11. Once you do that it’s down to you to stay in the side and I really enjoyed my time there.

“I was made to feel welcome and lived in digs there for three or four years where I was looked after and did nothing but play football; I enjoyed every minute of it. There were times when I was younger when I wondered if I would get a chance and thankfully I stuck it out there and made the most of it when I got one.”

That would be the first of many items ticked off the bucket list, and should he put in more Anfield-esque performances then Dann’s final wish of pulling on the Three Lions will soon be fulfilled.