Only a hamstring injury has put the brakes on Jason Puncheon’s quest to become the Eagles’ first Premier League centurion, but if his career is anything to go by then it won’t be long until one of the Palace’s faithful’s own is tearing down wings once again.

He’s played in all four divisions of the Football League over 13 years so Jason Puncheon has seen a lot of things in the game, but one experience he hasn’t come across is the frustration of watching your teammates in action while nursing a long-term injury.

Normally the word veteran is used for someone who reaches 400 career appearances, but it seems harsh to label a 29-year-old with a tag usually reserved for those in the twilight of their playing days, especially one with the durability of Puncheon who already sits on 397 matches.

The torn hamstring he sustained against Bournemouth is the first time he has been diagnosed with an ailment that will keep him out of action for more than a couple of weeks. His absence is something he and the Palace fans haven’t been used to. Before missing last weekend’s game, Puncheon had remarkably played in 95 of the Eagles’ previous 99 since he arrived at the club in August 2013, and just one of those was through injury. However his superhuman streak has finally ended and is now on the mend, itching to be back.

“It’s frustrating as no-one likes to be injured but I’ll do my best to get myself back fit and ready as soon as possible,” he said. “This is the first time I’ve actually been injured in my career – I’ve had little niggly ones but this is the only time I’ve been told that I’m out for a certain time. 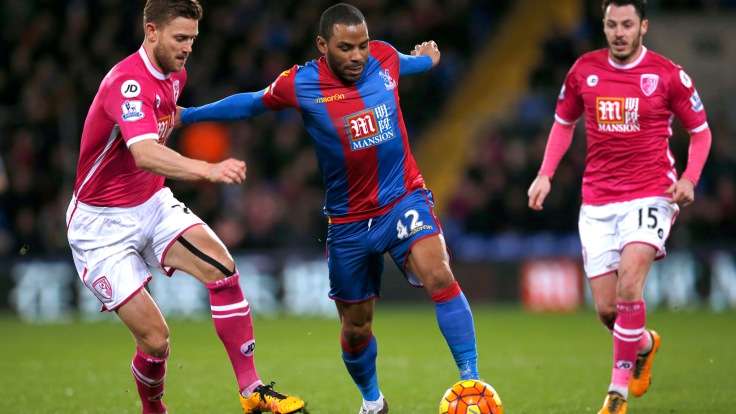 “I jinxed myself because the week before myself and Paddy McCarthy were sat in the treatment room saying we never get muscle injuries, and the doctor was speaking to me the week before saying that I rarely got injured and that my body was quite resilient and I agreed with him! Sometimes you can speak too soon.”

The setback leaves the boyhood Palace fan agonisingly shy of becoming the first Eagle to complete a century of Premier League games for the club, with Joel Ward hot on his heels on 91, but he still holds the record of representing the red and blues most often in the division as he surpassed Dean Gordon’s 17-year record on Boxing Day. Puncheon’s Palace days turned full circle two weeks later as he brought up a century of first-team appearances in the FA Cup win against Stoke City, with the Potters also providing the opposition in game number one, allowing him the chance to reflect on an enjoyable period in his career.

On breaking Gordon’s record, the local hero stated: “It’s a proud feeling. Dean was a player I used to watch when I was younger! He had a wicked left foot on him.

“It’s nice to get these records but it’s been a good journey and that’s the best thing. I didn’t think that we would be in the position we are now when I joined, but the club has gone forward since I arrived and I’m glad to have been part of that.

“I was only saying to someone the other day I played my first game for Palace against Stoke and then also played my 100th against them too, but that first game was a good day. We lost 2-1 but it was my first game back here and we haven’t really looked back since. The club has evolved so much; from the way the people are around the stadium and all the things behind the scenes that fans don’t really seen – it’s all moved forward.

“Two moments definitely stick in my mind since I’ve been here. The first was when we stayed up at West Ham in the first season, and then last year when we went to Anfield and beat them. We really showed our ability that day. We knew it was a day for Steven Gerrard but we showed we could go to top teams and win.”

Victories at one of the most famous grounds in the country are a far cry from the winger’s humble beginnings. His youth career saw him play for Palace and Chelsea but he got his first crack at professional football with Wimbledon back in 2003 in their final season in that guise, already playing in Milton Keynes at the National Hockey Stadium.

It was in MK white rather than Wimbledon blue that he bedded down his first roots in the game, and having played for them 95 times over four spells he admits he owes a lot to the still-fledgling outfit.

Speaking about seeing the move to Milton Keynes first-hand, he said: “I never really understood it back then, you see teams changing their crest but that was a name change and a complete geographical move which doesn’t really happen in football.

“However MK Dons have only looked forward and great credit to them because they’re in the Championship now and one step away from the Premier League. It’s a great club; the chairman and I are very close and he let me live in his house when I was there. He is a fantastic guy, and another person who has helped guide me through the good times and the bad times.”

Good times in Buckinghamshire saw Puncheon play for the majority of the Dons’ first ever season, before the bad brought just three appearances and his release in 2005/06. He found another club in Barnet and began a steady climb through the tiers – allowing him to be the perfect sounding board for some of the Eagles’ younger players looking to make their mark.

“Dropping down to Barnet was good,” the Croydon native adds. “I’ve always said you should never stand still in football and I always wanted to play. If you’re a young kid the more games you can play then the more you learn and that’s the best thing and that’s helped me in my career. I say this to the other young players at Palace to try and help them, or if there are other managers who call me to ask about them.”

17 goals in 93 games for the Bees followed and after being named in the League Two Team of the Year, a way back to the Championship arrived in the form of a move to Plymouth Argyle for £250,000, where he encountered someone else who has been on quite a journey in English football.

“Yannick Bolasie arrived a week after I did” Puncheon says. “He was only young – 17 or 18 probably – but he was bubbly and laughing every day so we were close and always used to speak. It’s weird that I got brought to Plymouth from Barnet and he went the other way. We’ve had a similar road so it’s credit and great testament to him.

“There’s a lot of players out there who if they’re given the chance can come from the lower leagues to play in the Premier League. Jamie Vardy is proof of that as is Charlie Austin, myself and Yannick. People just need to give you a chance.” 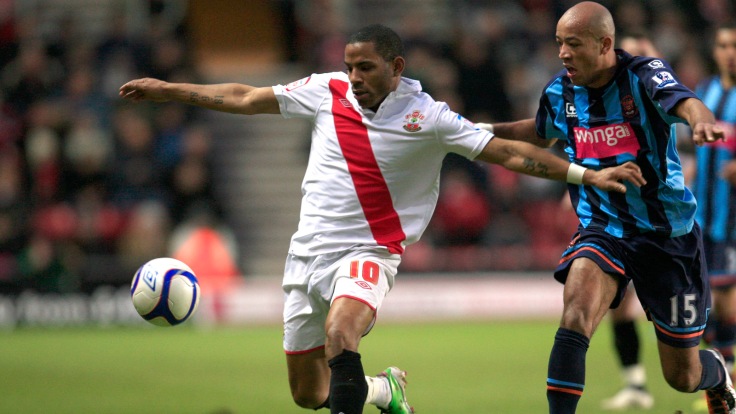 That was something that was never afforded to Puncheon at Plymouth where he played just six times, and then embarked on a nomadic few years that saw him feature for MK Dons three times on loan again over two seasons before earning a move to Southampton when Alan Pardew signed him.

Following his current manager’s departure was a short stint at Millwall, which saw him hit a hat-trick against Palace in a south London derby on New Year’s Day 2011, which turned out to be one of the best things to happen to the Eagles in recent times.

That prompted Ian Holloway to sign Puncheon on loan for his top-flight Blackpool side four weeks later, who would ultimately be so impressed by his borrowed wide man during his five months there that he would repeat the trick as Palace manager.

On both situations Puncheon was thrust into a relegation battle in the toughest league of them all. Initially filled with doubts about whether he could perform on the biggest stage, a goal against Everton on his Seasiders debut eased some nerves before a visit from title-chasing Chelsea. Seeing his name on the scoresheet again handed Puncheon a huge fillip and since that moment he has been a top-flight regular. 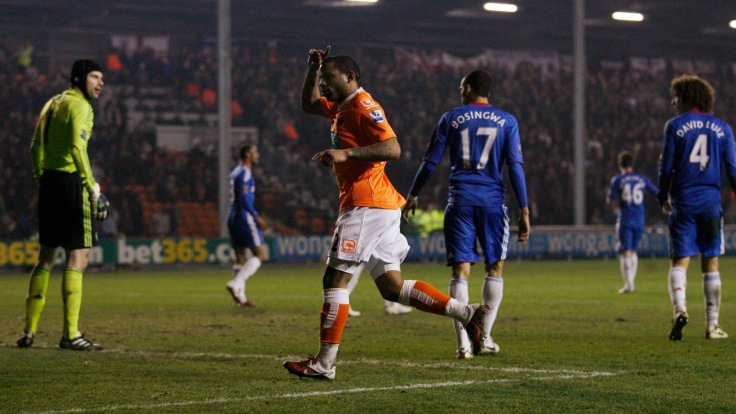 “The first test for me was when we played Chelsea at Blackpool,” he reflects. “They had Drogba, Lampard, Ashley Cole, Malouda and Ancelotti was the manager at the time. I played against them and I realised I could play in the Premier League.

“You always tell yourself on the outside that you can play at this level but you never really know until you get there, and then when you do you’re a bit nervous at the start. Then you realise you can express yourself and begin to show your ability, and I’ve never really looked back since then.

“In football you don’t survive anywhere if you’re not thick skinned and I wouldn’t be here if I wasn’t valued. All the managers here have supported me through thick and thin but I have to give credit to Ian Holloway for taking me to Blackpool back then, and also thank him for bringing me here too!”

That sentiment is shared by all in SE25, but he’s not quite back where he belongs. Puncheon and his adoring public are counting down the days until their ironman is patched up and strutting his stuff again on the Selhurst turf.