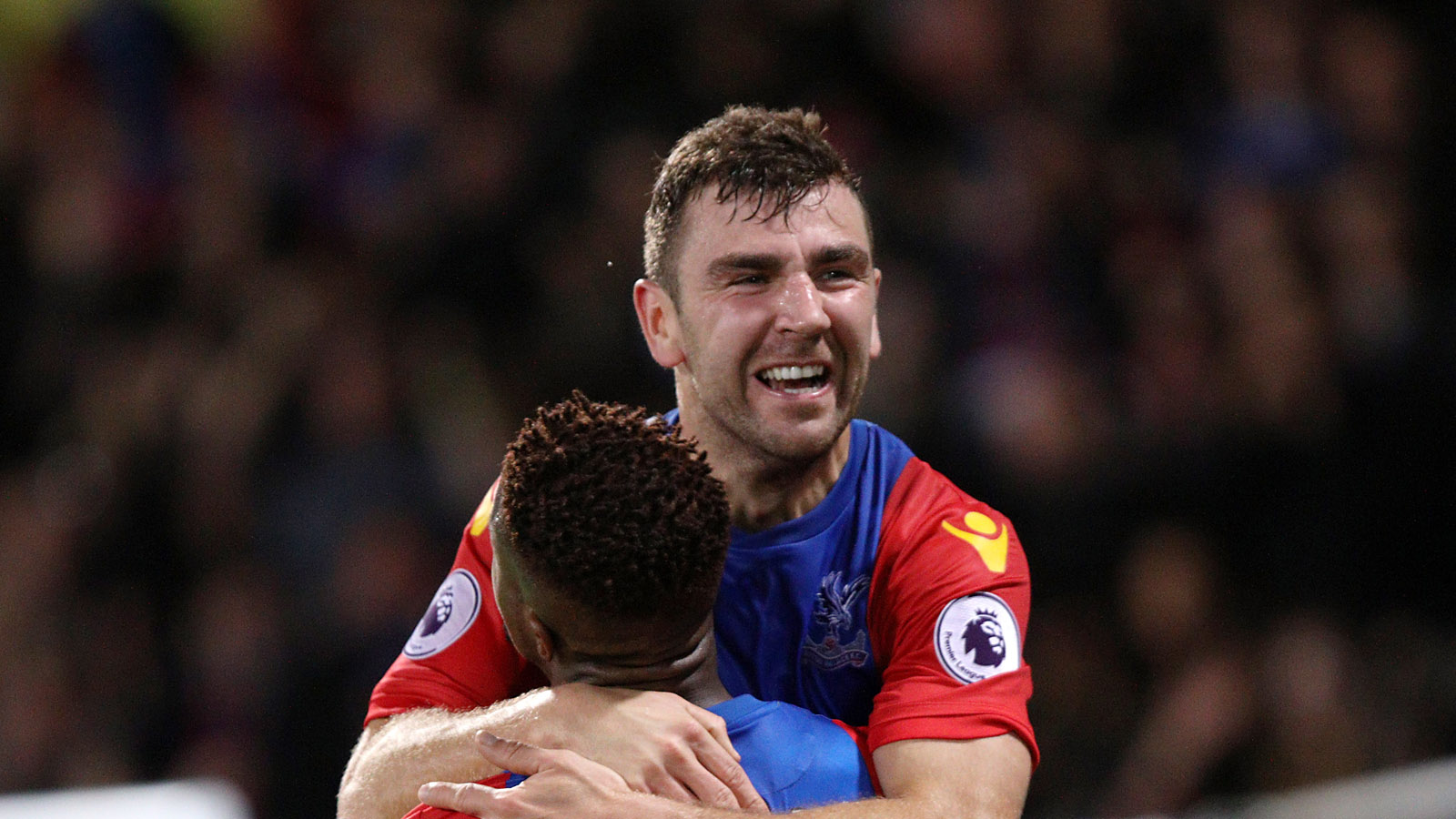 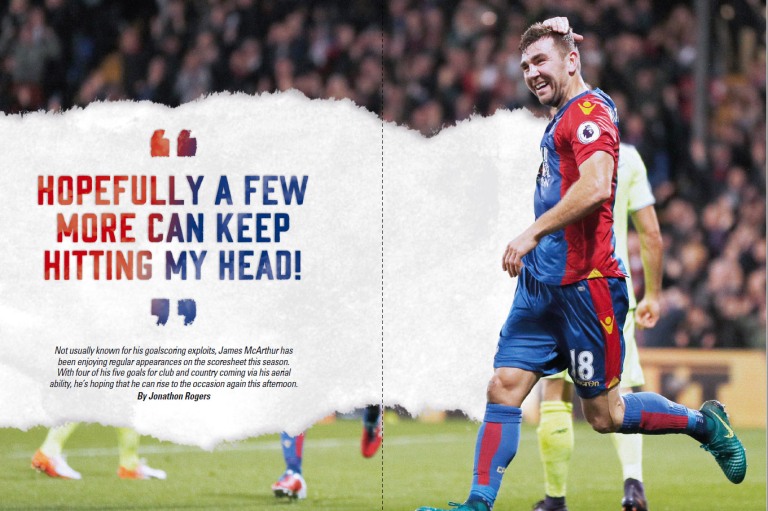 “Hopefully a few more can keep hitting my head!”

Not usually known for his goalscoring exploits, James McArthur has been enjoying regular appearances on the scoresheet this season. With four of his five goals for club and country coming via his aerial prowess, he’s hoping that he can rise to the occasion again this afternoon.

It was a feeling that James McArthur never thought he would experience as a player. Having shared changing rooms with numerous strikers over a near 12-year playing career, he would had heard them roll out what seemed like clinches about the sense of invincibility they experience when they’re going through a purple patch in front of goal.

But having spent the majority of those 12 years grafting away in the middle of the park, doggedly perusing other attackers on hot streaks just to help teammates continue their own, a recent tactical tweak by Alan Pardew has seen McArthur pushed further forward just behind the focal point of the Palace attack, and suddenly he is beginning to understand what they meant.

A strike partnership of McArthur and Christian Benteke is still slightly odd to witness, but you can’t deny its productivity. The pair lead the Eagles’ goalscoring charts with nine between them, with the Scot already equalling his best seasonal tally during 200 English league appearances. As the goals flow, so does the confidence, and now he is even starting to talk like a striker. 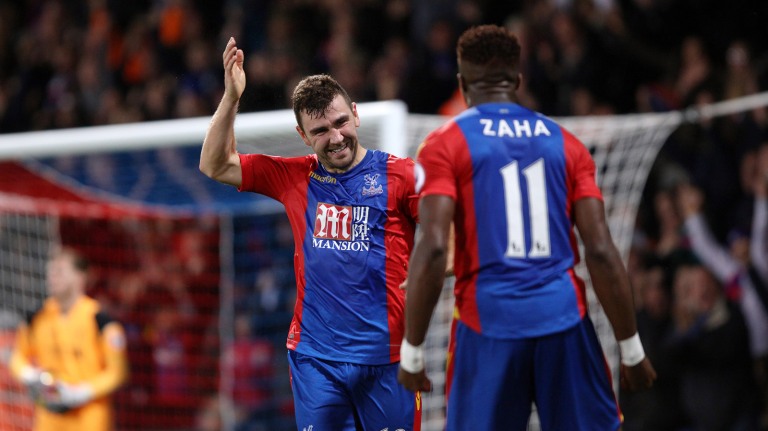 “I’ve got five goals this season as I’m counting my goal for Scotland as well!” he is quick to point out early in the interview, eager to improve his stats. “I want to keep feeding off the positivity. Even though I didn’t score in the Burnley game, I went into it so confident that I felt if I was going to get a chance it’s going to be a goal. It’s a really nice feeling and drives you to make that lung-busting run into the box for someone to square you the ball and get that goal.

“It’s a feeling I’ve never really had in my career. It’s obviously nice being top goalscorer but I was asked to play a deeper role against Manchester City and it doesn’t bother me at all. The main priority is to start winning football matches and wherever your role is, you have to do it to the best of your ability.”

Selfishness is a trait usually afforded to strikers, but that is something that McArthur will never be. As well as content to put a shift in anywhere on the park, having never been noted for his goalscoring exploits (he had only managed 28 goals in 13 previous seasons at Hamilton Academical, Wigan Athletic and Palace), he openly admits that he is more than happy for the chances to fall elsewhere whilst he does all the dirty work, manipulating defenders.

His second goal against Liverpool though showed a real hitman’s instinct. As Wilfried Zaha tricked his way down the right, McArthur was rapidly analysing what might develop and made a clever run across the six-yard box to the front post before outjumping Dejan Lovren and completing his brace. His celebration displayed his shock at scoring a fourth header of the campaign for club and country, with his intention simply to create space for his more potent strike-partner.

“Finish-wise the favourite of my goals would be the second against Liverpool,” he said. “It was just a run to try and take Christian’s man away from him, and the movement was just instinct because Christian was peeling off the back so I needed to try and get to the front. 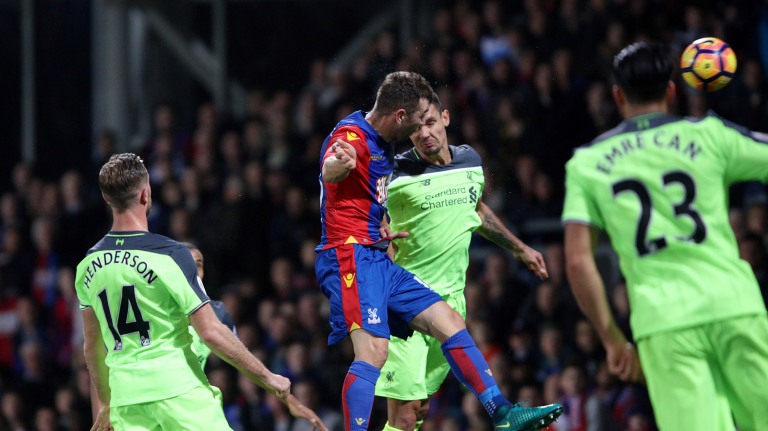 “If I’m being honest, I would rather the ball go onto his head than mine, or most other people in the team! Alongside Scott Dann, Christian is probably the best player I’ve played with at attacking the ball in the air. Heading is not something I’ve been known for but if your timing is there and you’re getting into positions, then you’re going to get chances, and hopefully a few more can keep hitting my head!

“When you’re getting quality deliveries into the box and Christian is in there with you, that’s probably helped me score more by running into areas where they would normally be for purely unselfish runs, but the ball has ended up coming to me. When you have a threat like him in the box then you know that things are going to get spilled by the keeper or he’s going to knock things down to you, so it gives you that confidence to get in there.”

It is a testament to the 29-year-old’s adaptability that he slotted into the role without any fuss or bother, or remarkably any particular in-depth training or coaching of the role. It is also to his credit that despite enjoying the headlines and limelight that comes hand-in-hand with the glory of goalscoring, there was no animosity when he was asked to return to his usual position in front of the back four for the Manchester City match, or hand over striking duties to Connor Wickham at Swansea City last week.

On the initial change of position, he said: “The manager decided to do it, I think he likes my energy at the top of the pitch to try and put people under pressure and run in behind. If I’m doing that then it’s creating more space for Christian and if he’s winning flick-ons then it’s something for me to try and feed off. 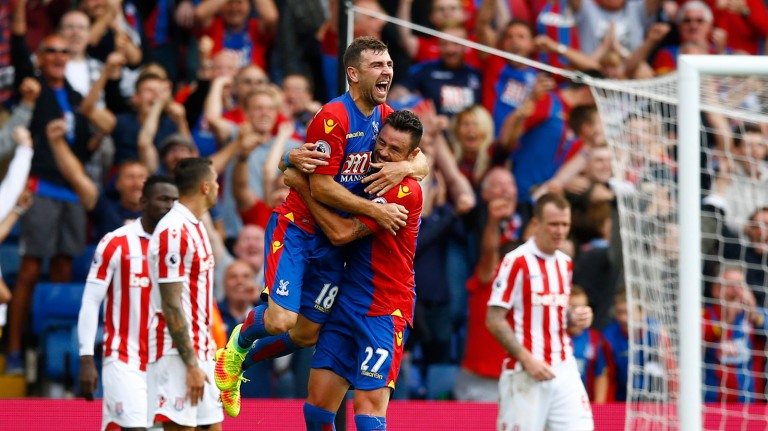 “As a footballer you know how to play a lot of positions, maybe not very well but you know how to play them! I’ve just been trying to feed off scraps from Christian and I think it’s very good that you’ve got such good footballers in Joe Ledley, Yohan Cabaye and Jason Puncheon behind you who can find you in those spaces. From there you need to try and be more aware behind you when you turn.

“I’m enjoying it, but I moved to a more defensive position recently as we’ve been conceding a few goals. To go back to that role was quite good as well, so I’ll play wherever the manager wants me to play. If it’s box-to-box or getting in more advanced role, I don’t really mind – my main aim is to keep enjoying my football and stay in the starting line-up because competition for places is so strong that I need to keep my performance levels up.”

Whilst things on a personal level go from strength to strength, it seems as though his club career is mirroring his international one at present. As he referred to earlier, McArthur got on the scoresheet for the third time for his country back in October against Lithuania at Hampden Park, but like the Eagles of late, Gordon Strachan’s side’s encouraging performances haven’t been backed up by results. 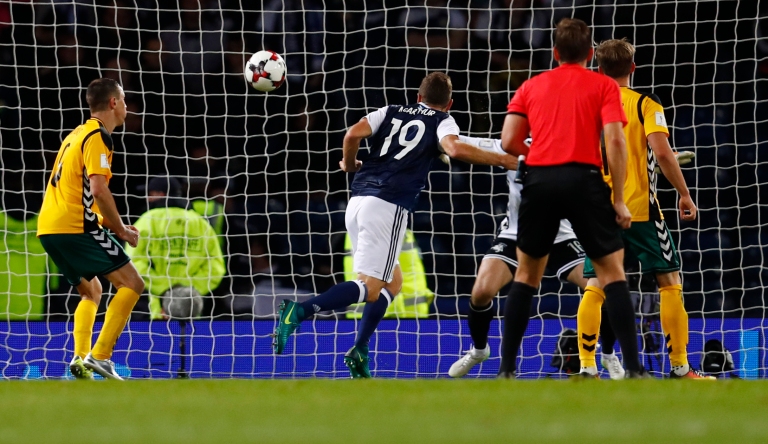 Beaten 3-0 by England in their last World Cup qualifier last month, a game that McArthur started on the bench before being introduced for his 27th cap with the game done and dusted, the Tartan Army’s hopes of reaching a first finals since 1998 are now very slim. Occupying fifth position in a group of six, they are four points behind Slovenia in the play-off spot, while England sit top, virtually in the distance with a six point cushion over their cross-border foes.

Despite getting the chance to play in a rare Battle of Britain clash at a fine ground like Wembley, McArthur will not look back fondly on the evening, saying: “It wasn’t very nice as I came on when it was 3-0. When you’re losing against your rivals by that scoreline it’s never a good feeling so it was a disappointing result on the night. I must say that I thought the team played very well up until 75 minutes when England passed the ball very well and made it look easy. We had chances in that game but they were the more clinical.

“It’s been a bad start to the qualifying campaign but we know that as players, like here at Palace, we need to keep working hard and not get too down when it’s not going for you. If you keep doing the right things you’ll eventually get rewards for it and I believe that with club and country.

“It’s never over until it’s over, so until we don’t have a chance then we’ll keep fighting. We’re trying to qualify for the nation. As a fan when I was younger and not having Scotland at major competitions was hard, so I know what the fans are going through. We feel worse than them as we want to be there, as we only have a small amount of time to try and reach a major competition and we need to do better in the coming games.”

That never-say-die approach and will to succeed is something that McArthur has had to tap into over recent months with Eagles, with good displays not yielding the points deserved. However, positive as always, the Scot believes there is solace in the form of the league table and a hotly-competitive division, allowing Palace a chance to turn things around quickly.

“We need to remember we’re only four points off the top 10 which is incredible to think that we’ve lost six games in a row and we’re still right there,” he said. “The top teams seem to be running away with it this year so everyone is finding it hard to take points off them. In the games we have against the teams around us, we need to maximise the chances of winning by eradicating the mistakes as we’re getting chances and looking likely to score.”

Those chances have allowed McArthur to enjoy his most fruitful spell in front of goal of his career, and with his confidence sky-high, you can’t see it ending anytime soon.