These words from Dougie Freedman back in 2012 helped persuade a disillusioned Damien Delaney to return to football, having turned his back on the beautiful game. Now with 150 league appearances for Palace under his belt, he is thankful that he didn’t miss out on his career’s golden years.

One of the game’s most famous sayings is that a week is a long time in football. For Damien Delaney that is very true: after all he was meant to be saying his goodbyes to the Eagles back at the start of 2013.

Having been such a mainstay in the Palace backline over the past four years, it is very easy to forget that the tough-tackling Irishman only signed for the Eagles on a three-month deal back in August 2012, almost as a favour. Disillusioned with the game after a frustrating four year period at Queens Park Rangers and Ipswich Town, he had negotiated his release from Portman Road and hung his boots up, with no intention to play football again, especially in England.

But after less than 24 hours to contemplate his next career choice, he was having his arm twisted by Dougie Freedman who was desperately trying to cobble together a back four with his Eagles side sitting rock-bottom of the Championship. Coaxed out of his brief retirement, Delaney agreed to help out for the short-term, but has instead gone on to enjoy what he believes are the happiest years of his playing days, having nearly turned his back on the beautiful game for good.

“The alarm went off one morning and I just didn’t want to go to training anymore,” he said, reflecting on his final few days at Ipswich. “I wasn’t enjoying it and was thinking about getting involved in triathlons instead – I had trained for quite a few of them during the summer months to keep me fit as my friends are involved in it.

“I was finished with football and didn’t want to play anymore, but luckily Palace were in the same situation. They were just out of administration and fed up with everything as well, and I think the emotions of myself and the club were the same. Dougie didn’t expect much from me, he asked me to just come down and enjoy it for three months and asked, ‘what’s the worst that could happen?’ I thought he was probably right so I agreed. 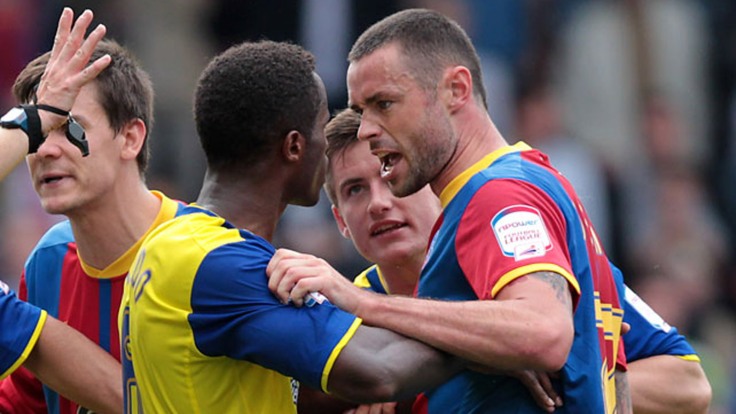 “I signed the day before we played Sheffield Wednesday. Dougie was in need as Paddy McCarthy was injured, and even though I had a back problem he was asking me to play as we had no centre-halves. Palace were on a terrible run at the time but we ended up winning 2-1 and luckily I got back my passion and love for it.”

That was league appearance number one for the Eagles, and within a few weeks he was being offered the chance to stay longer. Since then, four years have passed but the 35-year-old is still a key component of the Eagles squad, and last weekend against his former side Hull City saw Delaney reach 150 league games for the Eagles.

While he admits there is still some gas left in the tank, his typical honesty shines through when he reflects on not being a nailed-on starter for the first time in his Palace career this season. Pragmatic enough to know that Alan Pardew will have one eye cast towards the future, having been restored to the team for the 3-0 win against Southampton earlier this month Delaney is determined to keep his spot in the line-up for as long as possible.

Speaking about hitting the century-and-a-half milestone on his old Humberside stomping ground on Saturday, he said: “I’m really pleased and hopefully it’ll continue – I’m sure there won’t be another 150 games though! I’ve always been made to feel welcome here and I have a good relationship with the staff and fans.

“The manager spoke to me and said that he wants the opportunity for James Tomkins and Scott Dann to build a partnership. At my age, playing to the level I want to play at every week is becoming more difficult so I understand that I’m not going to play every game – last season I played over 40 which was a lot so maybe I won’t play that many again. That is fine if the team is winning and those two are playing great, but after the run we’d be on the manager asked me to come back in and I was happy to.

“I’m not giving up yet, there’s a lot left in me! I don’t feel like a veteran in the squad, there’s a lot of big personalities in the changing room and I kind of slide in nicely. I get the odd comment from some of the younger lads such as asking me when I’m going to die, but other than that they’re pretty good!” 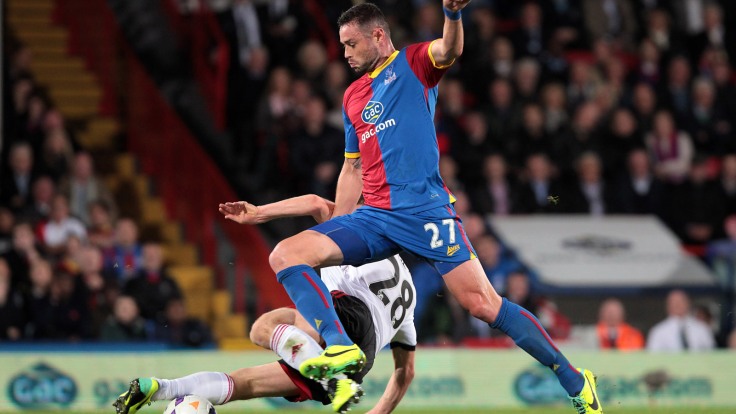 Funny and articulate, Delaney’s gallows humour also shines through when he evaluates how he got to where he has in his career. He may have started out in the Premier League as a fresh-faced 20-year-old at Leicester City at the turn of the millennium, but like many of the Eagles squad he carved out a career in the lower leagues, mixing it with the bully boys of League Two as he transitioned into a grizzly pro.

He has featured for eight teams in his career, been promoted from every division in the Football League but has never been bought for a transfer fee, instead having to graft for every opportunity to step up a level. Finally he ended an 11 year wait to play in the top-flight again after tasting play-off success at Wembley in May 2013 with Palace, and his 4,173 day gap between appearances is still a Premier League record – not bad going after giving up football for good just nine months earlier.

His passion, leadership and toughness are all qualities he will be forever associated with at Palace, and having to try and shackle some of the most skilful footballers in world football every week in the Premier League, the nine-time capped Republic of Ireland international admits that he has had to rely on those traits to balance out his limitations.

“That’s all I have really, I’m not blessed with a lot else,” he assessed. “I’m not the most talented person so I have to be better in other areas and that’s something that I work on and think about a lot. The beautiful thing about football is that you don’t have to be super talented and fortunately there’s a role for everybody – you can be any size, fitness level or have different technical abilities but there’s a niche for anybody, and when you find that you need to develop that as much as you can.”

You can’t look back at Palace’s recent rapid evolution without subconsciously pairing it hand-in-hand with Delaney’s own turnaround in fortunes. Seemingly a perfect fit, both club and player have helped drag each other to the game’s summit, and when the centre-back looks back on that life-changing phonecall from Freedman and evaluate what has happened since, you get the sense that the magnitude of what has been achieved still hasn’t quite hit home. 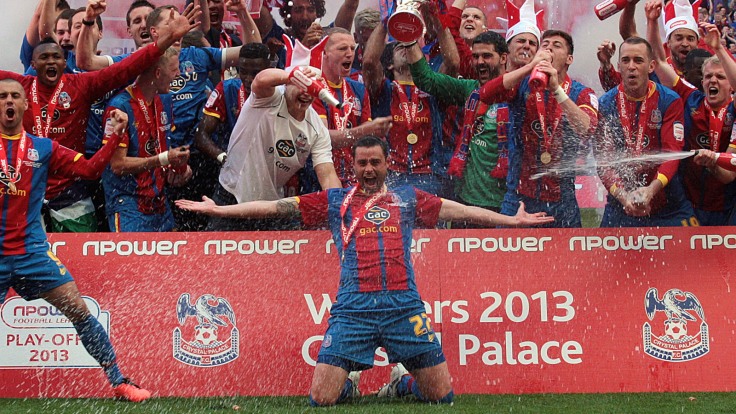 Looking back at his four years in south London, Delaney says: “I’d have to say they’ve been the best years of my career – I enjoyed my time at Hull as well but to see where the club was on the day I walked in here to the shape that it’s in now, it’s unrecognisable. We still have the same Palace spirit as when I arrived, but in terms of the training ground, the size of the club and where we’re trying to take it, it has changed a lot and it’s something that we can be proud of.

“There will be no back-patting yet as we’re not just finished but hopefully when my time here is done and the club get sick of me, then I can look back with pride and say that I was a part of a fantastic organisation. When I do finish I’ll be getting involved in something completely different, I don’t think this life is for me when I finish playing!

“I’ve met some great characters here – if I bumped into Andre Moritz in 20 years’ time we would look at each other and laugh and think back at the experiences and fun times that we’ve had. He’s a great guy; he’s in Turkey now playing for a team I can’t pronounce and loving life. There’s so many other players that you could mention – I still see Danny Gabbidon now and we have a special relationship.”

As the years tick by, there will be plenty of time to reminisce about these crazy few years in SE25 with friends for life, but Delaney is adamant that there is still plenty to look forward to and achieve – unsurprising given how unpredictable his time in red and blue stripes have been.

“I’d love to win a trophy here and get into Europe – they’re my two aims,” he said. “We came close to doing that and hopefully we can get there. Maybe it will happen or maybe it won’t, but it won’t be for a lack of trying.”

The same could be said for Delaney’s career as a whole, as even though he may not reach another 150 league appearances for the Eagles, he still firmly believes that he has a major part to play before he decides to retire, this time for good.