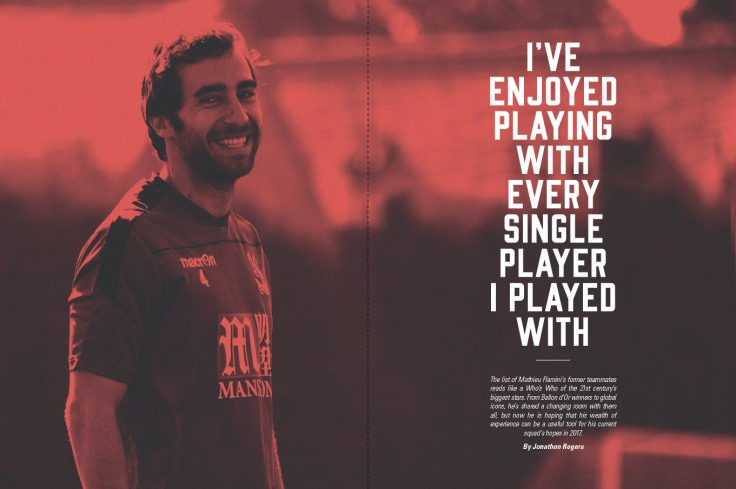 The list of Mathieu Flamini’s former teammates reads like a Who’s Who of the 21st century’s biggest stars. From Ballon d’Or winners to global icons, he’s shared a changing room with them all, but now he is hoping that his wealth of experience can be a useful tool for his current squad’s hopes in 2017.

Ronaldinho. Kaka. Henry. Maldini. Shevchenko. Bergkamp. Drogba. Beckham. Pirlo. Ibrahimovic. These names could be a collection of some of the new millennium’s greatest players, or a fantasy XI created on a computer game.

But what is undeniable is that they are some of the most illustrious teammates of Mathieu Flamini, and that’s just the tip of the iceberg. Vieira, Seedorf, Pato, Benzema, Pires, Robinho, Barthez – it’s a list that is seemingly endless. Having shared a changing room with all these megastars, it was a very different challenge that the Frenchman signed up for when he arrived at Palace back in September, trading in Champions League football with Arsenal or Milan for instead scrapping away at the foot of the Premier League with the Eagles, but he feels as though his wealth of knowledge garnered over a 13-year career could prove a crucial factor in helping his current club turn their fortunes around in the coming months.

“I’m enjoying my time at Palace so far,” he said. “I’ve been feeling ready now for quite a while and working hard as I really want to give this team my experience and my qualities. When I started against Manchester United it was important to show to everyone that I am good enough to play in the team. When you play at a high level, you need the find the right balance between youth and experience, and we have seen too many games recently where we have conceded late on or we concede an immature goal, and that makes the difference.”

Of course Flamini wasn’t born with 400 career appearances under his belt; he had to start somewhere. That would be at his hometown club Marseille, and after working his way through the age groups, he was handed a first-team bow in December 2003. 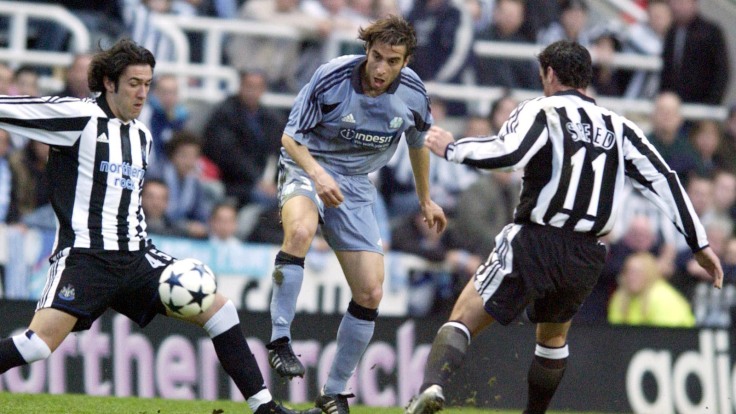 Within five months, he had become a regular at the Stade Velodrome, and his confident displays in midfield helped take the club to a UEFA Cup final that the youngster would start. Despite the 2-0 defeat, he looks back on his first footsteps in the professional game fondly.

“It was a long time ago now!” he laughs when asked for recollections of his time at L’OM. “It was incredible because I was playing with [Didier] Drogba and [Fabian] Barthez and we got to the UEFA Cup final where we lost against Valencia. It was a great campaign because we beat Inter, Liverpool and Newcastle – so it was a great run and I have a lot of memories of it. I was full of enthusiasm and energy, so it was brilliant. It was the start of my education of how to play at the top level.”

Unsurprisingly, adoring glances were being cast across the English Channel and with his contract about to expire, Arsene Wenger pounced to bring Flamini to the Premier League just six months after his Marseille debut. He arrived with the Gunners in the midst of their Invincibles period, meaning he would continue to learn the game surrounded by some of that generation’s great names. Far from being eased into English football, Flamini was grateful for the chance to play in 21 of the 38 league games in his first season.

“I was very lucky because Arsenal had a lot of French players at the time and a French coach,” he said. “They had a culture of investing in young players so it was in their mentality to trust me, and that made the transition very easy and helped me enjoy my time there. I adapted very quickly because all the players were like a big family and I really enjoyed playing straight away in a team with that much quality. 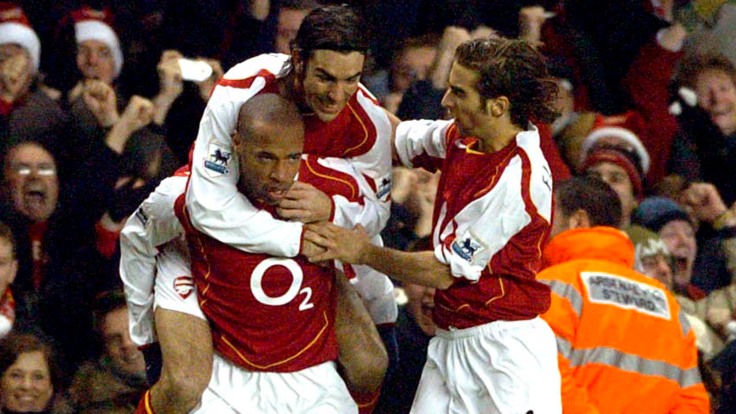 “Thierry Henry, Dennis Bergkamp, [Robert] Pires and [Sol] Campbell – they were top players but I learnt a lot from their mentalities. They’re winners on and off the pitch and so hardworking, and that made a big impact on me and the rest of my career. Patrick [Vieira] was a role model; he was full of commitment and no half measures. I really liked that a lot.”

Slowly but surely, that magical side began to be broken up and after 153 appearances over four seasons, in 2008 Flamini decided to opt for pastures new too. Once again, a European giant came calling and he joined Carlo Ancelotti’s Milan.

Having packed his bags in one star-studded dressing room, he placed it into another that blew what he had experienced in north London out of the water. Skippered by Paolo Maldini, Flamini would proudly adorn the black and red stripes alongside Kaka, Clarence Seedorf, Andrea Pirlo, Ronaldinho, Alessandro Nesta and Andriy Shevchenko.

Over his five years in Milan, as one icon decided to call time on his career, the likes of David Beckham, Zlatan Ibrahimovic and Robinho would fill their boots, but Flamini remained as an unsung regular in Ancelotti’s midfield, doing the dirty work to allow the magicians to showcase their spells. Unsurprisingly, a first career league success came in 2010/11 when the Frenchman featured 29 times in all competitions as the Scudetto was claimed, which remains Milan’s last league title.

“Milan was another level,” he said. “I worked under another coach who had a big impact on my career in Carlo Ancelotti. He was very close to his players and it was a very strong team with quality and experience, and I was 24 at the time learning a lot from these guys. Myself and [Alexandre] Pato were the two youngest players in the team so to have the chance to play amongst legends was huge for my career, as was playing in the San Siro in front of 80,000 fans who are crazy about football. We won a Scudetto and played in big derbies against Inter and there was so much passion; it was so intense.” 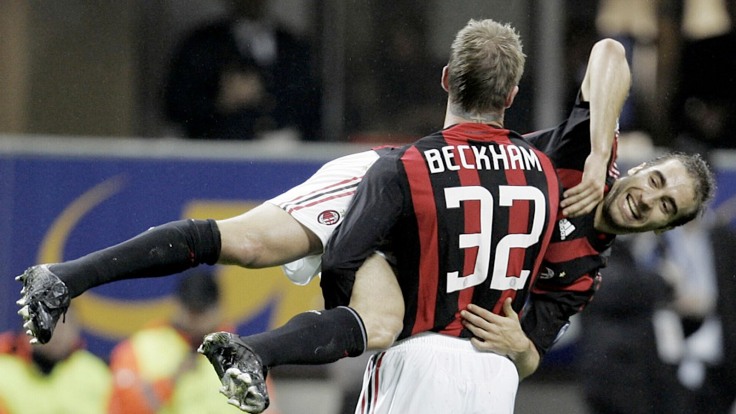 Having played with what seems like a Panini sticker book packed full of the globe’s greatest players, with so many options to choose from, who would Flamini say is the best of the lot? It’s a thankless task, but he narrows it down to a few options.

“I’ve enjoyed playing with every single player I played with because you learn from each and every one of them every day in training, but Ronaldinho, Bergkamp and Henry stand out, as well as guys I’ve played with recently like Mesut Ozil. These players can make the difference – that’s why they’re so special.

“Ronaldinho was exceptional with the ball, he could do whatever he wanted. It seemed like instead of having two feet, he had two hands. He was a genius who was born with that ability; it was a gift from God and I loved playing with him. Ibra [Ibrahimovic] was talented but what I really liked about him was that he was a winner – not just in games but also in training, and those are the type of players you need in your team.

“Kaka was full of quality and was a very clever player. He had great acceleration and could make the difference in one-on-one situations, so he was at the top at the time, and I played a few years with David [Beckham]. I know him well and he’s very talented but also very humble and a simple person. I really enjoyed my time with him on and off the pitch.”

Flamini would spend five years featuring for the Rossoneri, making 123 appearances before once again his contract expired in 2013. When weighing up his options, the chance came to return to Arsenal to simply keep his fitness levels up, but after impressing Wenger for a second time, he leapt at the opportunity to return permanently to the country where he feels his defensive midfield displays are best suited.

Just as he had all his career, the three-time capped French international was thrown straight into the deep end and made his second Gunners debut in a north London derby to help his side claim a win against Tottenham Hotspur. That would be the first of a further 93 games for Arsenal which came to an end in the summer. 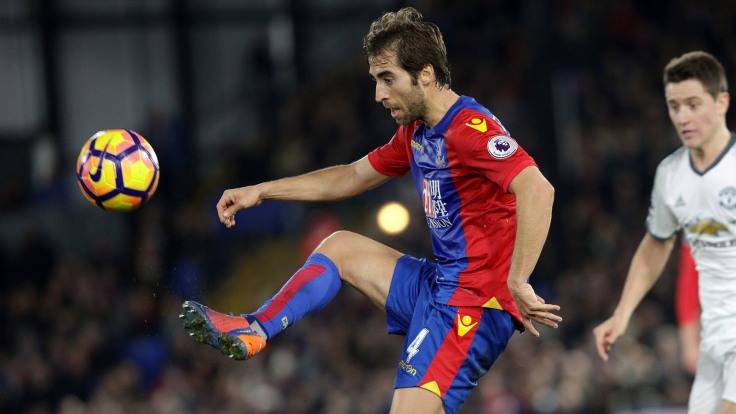 Five months ago the deal was done to bring him to Selhurst Park for the season, but despite having enjoyed the company of some of world football’s superstars, he is keen to leave all that in the past and focus on helping Palace away from danger, unless prompted by his current teammates keen to garner any inside gossip about the habits of their former heroes.

“There is a great communication with the guys and good spirit here, so I enjoy talking to them about my experiences,” the 32-year old commented when asked how much the Eagles squad tap into his knowledge.

“I’m not someone who lives in the past, I prefer to focus on the present because you can forget to live in the present.

“As for the future, I want to have the opportunity to play in the team and make sure that Palace do better than we did in 2016. We are not in a good position and we have to get away from the relegation zone because we don’t want to be involved in that. We have a lot of quality and some good players, and we definitely can do much better.”

And who can argue with that? After all, when it comes to judging a squad’s quality and good players, there’s not many more qualified than Flamini.