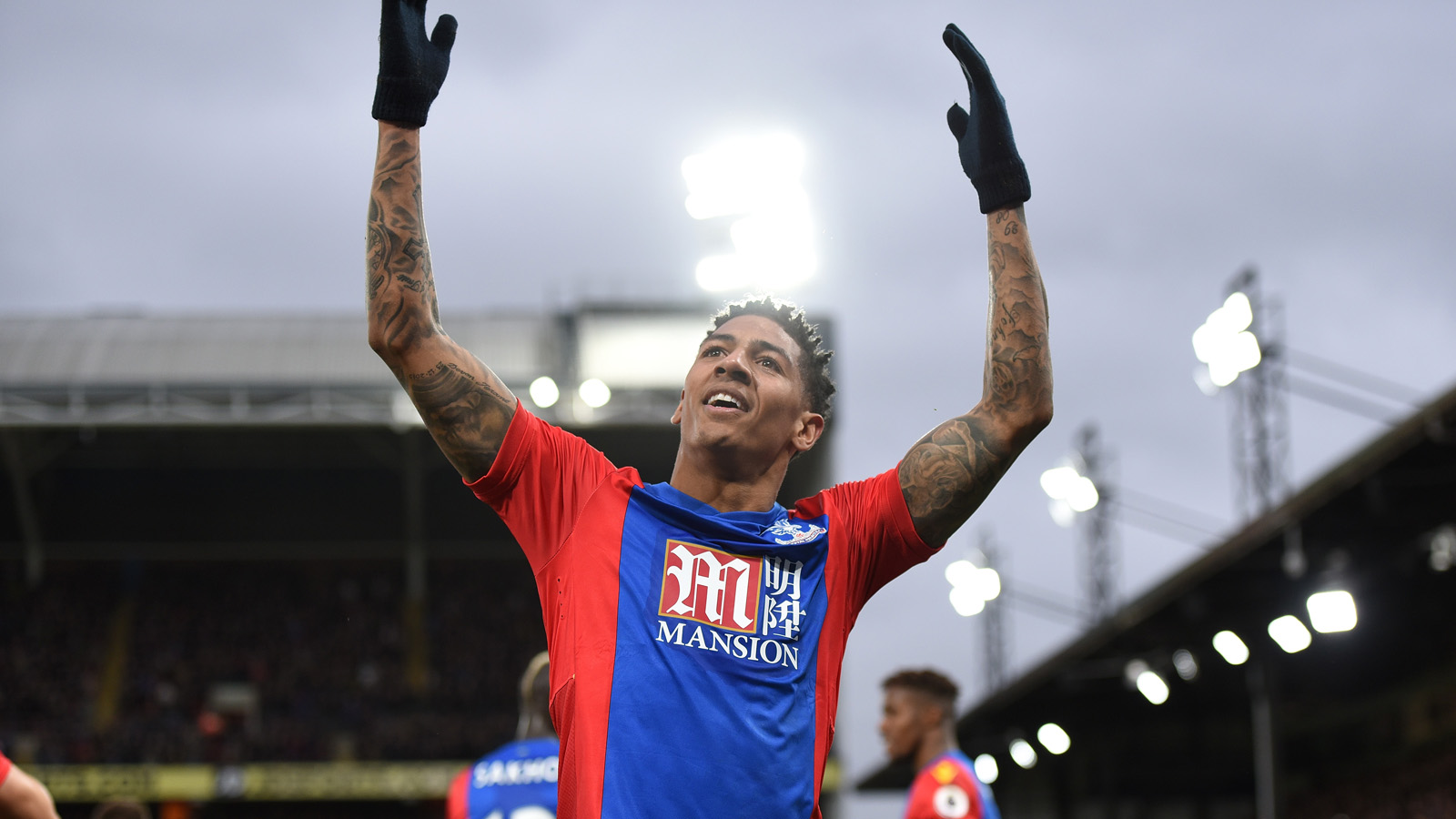 “Everyone knows that I can attack”

When Patrick van Aanholt curled the ball into the back of the net against Middlesbrough last month, it came as little surprise despite being a left-back. Now he has broken his duck for the Eagles, one of the Premier League’s deadliest defenders is eyeing more matchwinners to steer his new team out of trouble.

Back in October 2015, Sam Allardyce pitched up on Wearside freshly announced as the new Sunderland manager and began to take stock of his squad. Amongst seasoned pros and youngsters keen for a chance, he found someone who somehow fitted in both categories in the form of a Dutch international recently been demoted to the substitutes’ bench for the first time in his Black Cats career and in need of a lift.

That man was Patrick van Aanholt, a rare breed of defender with bags of attacking ability but who was suffering as part of a defence that was constantly trying to batten down the hatches. Allardyce quickly realised that he had a potentially dangerous weapon on his hands, and starting from Sunderland’s 1-0 win at Selhurst Park a month later, the left-back spot was no-one else’s.

While Allardyce began to mold Van Aanholt and the rest of the defence into a resolute unit, more opportunities to counter-attack allowed the Dutchman freedom to show the other side of his game, and more often than not with devastating consequences. Since 2016 was rung in, the 26-year-old has incredibly found the back of the net seven times, a figure that could have been even higher had the Dubious Goals Panel not taken two further efforts away from him.

Allardyce’s tutelage helped his protégé become one of the top-flight’s most improved players, so when Palace began their search for a left-back upon his appointment in December, it was virtually nailed on that Van Aanholt would follow his manager’s path and make the switch from the north-east to south-east London. Now at home in red and blue, he is hoping the partnership continues to reap rewards at both ends of the pitch.

On Allardyce, Van Aanholt said: “When he first arrived at Sunderland last season I was on the bench, but he worked with me in training on the defensive stuff and got the best out of me. I started believing in myself and it started paying off as I was working hard in training and it was showing in the games.

“Everyone knows that I can attack so we never worked on that. That’s just something that I have inside me and I often like to do. It’s developed in the last couple of years to be fair, but I’ve always had the ability to attack. I’m a defender though so attacking is just a plus.”

To say it’s been a hectic start to life at the Eagles would put things mildly. A day after signing his Palace contract, Van Aanholt was thrust into the starting line-up at Bournemouth with minimal contact with his new teammates, but a solid display ensured his debut would be a winning one. Four days later, the team he had started the week with tore a shell-shocked Eagles apart as Sunderland romped to a 4-0 victory, with the travelling fans’ cheers for the departed defender turning to jeers in less than a week.

However, his next appearance in SE25 would see Van Aanholt in the spotlight for all the right reasons, as his game-winning goal saw off Middlesbrough and quickly endeared himself to a different set of supporters.

Reflecting on a crazy few weeks, he said: “It’s hard to come to a new team and fit in straight away, sometimes you need time. However I signed on the Monday and played on the Tuesday and didn’t even train with the team, but because I had been playing every game at Sunderland I was fit so that made it a bit easier for me.

“It has felt like home since I’ve signed and the players have welcomed me. I knew a couple of players beforehand in Jeff [Schlupp], and Cabaye from when he was at Newcastle as well as Andros Townsend who I used to play against for Chelsea against Tottenham in the youth team.

“I have my first goal now too so hopefully there is many more to come. It was great to score; I have the freedom to go forward and I started the move myself and finished it with my right foot so I was very happy with that.”

The January arrival has taken little time to show his ability, which has been sought-after since his teens when Chelsea’s vast scouting net began trawling Europe for talent. He was on the books of PSV Eindhoven when the Blues persuaded him to move to the capital to become one of a number of youngsters shipped out on loan to further their football education.

It was something that the left-back feels he has benefited from, saying: “I was just 16 and I went to the European U17s Championships with Holland and after that Chelsea called my agent. Within weeks we had an agreement and I was very happy – it was like a dream come true. I started with the reserves and worked my way up, and trained with the first-team week in, week out and that made me the player I am today. Training with the best improves everything and I did that for a few years. 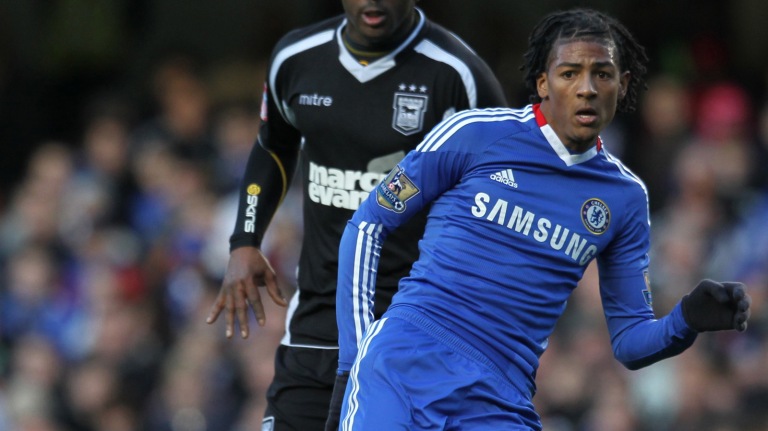 “It was tough though being sent out on loan because you only go out for a year and then you have to come back, but you get game time and experience in different leagues – I played in the Premier League, the Championship and in Holland. For a younger player it is good as when you return to your club you’ve been playing at a higher level than in the youth team.”

Over the course of five years, Van Aanholt would pose with a new team’s shirt or scarf at his official unveiling five times as a Chelsea employee, with his professional debut coming during a five-month stint at Coventry City back in 2009. It was in the West Midlands that he struck up a long-standing friendship with Palace hero Clinton Morrison during his time with the Sky Blues, who proved to be instrumental in coaxing the Dutchman towards SE25.

“When I first signed Clinton was the guy, and alongside Leon Best he really looked after me,” Van Aanholt revealed. “He used to come to my house and have dinner and we used to speak every day. Even now, we are still in contact so he helped me when I was there and that made me a better player.

“Just before I signed I called him and asked: ‘I know you played for Palace, what can I expect?’ He said that if I do what I always do then the fans will love me, and told me to always do my best and work hard and see what happens, and that’s what I’m doing.”

Stints at Newcastle United, Leicester City and Wigan Athletic would follow before he opted to return to his homeland in January 2012 with Vitesse Arnhem after finding himself disillusioned after a frustrating few months with the Latics. It was there that he began to rediscover his mojo and play regularly over the next 18 months, with his impressive displays rewarded in the form of a maiden international cap in November 2013. Currently battling with the likes of Daly Blind – son of head coach Danny – Watford’s Daryl Janmaat and Erik Pieters of Stoke City, Van Aanholt is hoping the renewed link-up with Allardyce could help him gain further opportunities with the Orangie. 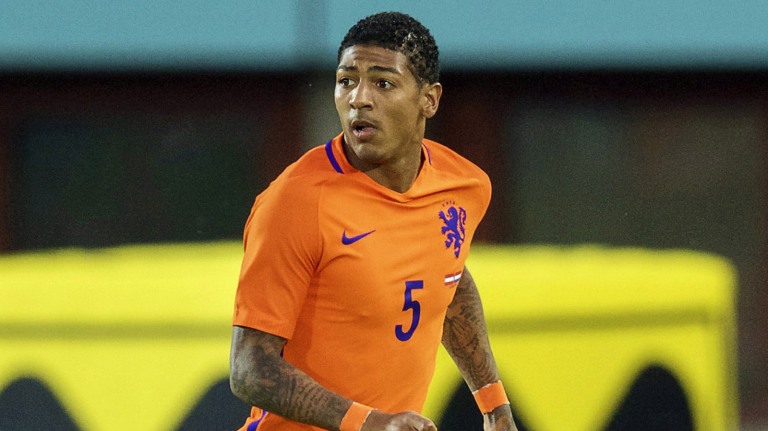 “I went to Holland for two-and-a-half years and that went well because I had loads of games there,” he said. “I also felt I needed to see my family more as I missed them, and I needed to get a little more focus. The day after I got called up by the national team for the first time, my son was born so I’ll never forget that.

“When I saw that orange shirt with my name on the back I was like ‘oh wow’, and then I came on for one minute and made my debut. I want more; I’ve got six caps at the moment and I’m trying to do my best to get some more but it’s up to the manager. I still work hard every day in training to get more caps and play for my country, but if the manager doesn’t pick you then you have to work harder, so that’s what I’m doing at the moment.”

Thriving off regular first-team football for the first time in his career, there was little chance of the ambitious defender once again returning to Stamford Bridge to be a bit-part player. Craving weekly Premier League action, Sunderland came calling in the summer of 2014 and Van Aanholt’s career has gone from strength to strength.

“When I came back I decided to move on from Chelsea as my future was somewhere else,” he revealed. “I knew my gametime at Chelsea wasn’t going to be as much as I would get at Sunderland and I wanted to show myself in the Premier League for a full season. I took the chance well and have played in nearly every single game since, so I’m more experienced. You could say it was the best spell of my career as it made me a bigger and better player.”

You get the impression that Van Aanholt has plenty more in his locker, and now he has been reunited with Allardyce, Palace fans will be hoping the surface has barely been scratched.