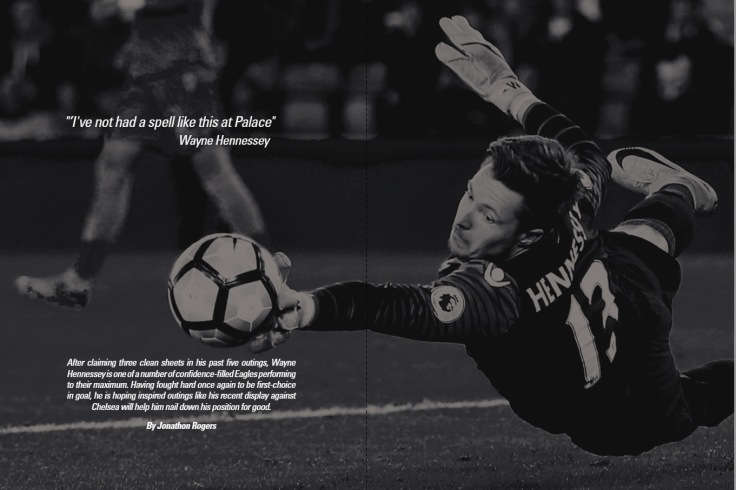 After claiming three clean sheets in his past five outings, Wayne Hennessey is one of a number of confidence-filled Eagles performing to their maximum. Having fought hard once again to be first-choice in goal, he is hoping inspired outings like his recent display against Chelsea will help him nail down his position for good.

It could be fair to say that Wayne Hennessey’s three years with the Eagles was perfectly encapsulated in his 100 minutes of action against Chelsea at Stamford Bridge: early disappointment, perseverance and then growing in confidence to receive long-overdue acclaim.

The Welshman’s heroics between the Stamford Bridge sticks have been dubbed by many Palace supporters as the giant glovesman’s best display since pitching up in SE25. Time and time again he kept Diego Costa, Eden Hazard, Pedro and the rest of the Blues’ stars at bay, finishing his afternoon with 10 saves, each one seemingly fuelling his air of invincibility.

Only Vito Mannone and Tom Heaton have made more stops in a Premier League game this season; proof that while attackers such as Christian Benteke and Wilfried Zaha feed off the confidence that goals bring, keepers in turn gain strength by registering shutouts. There have been plenty of those to shout about for Sam Allardyce’s squad of late, and having enjoyed the taste of the past few, a rejuvenated Hennessey’s appetite has been whetted. 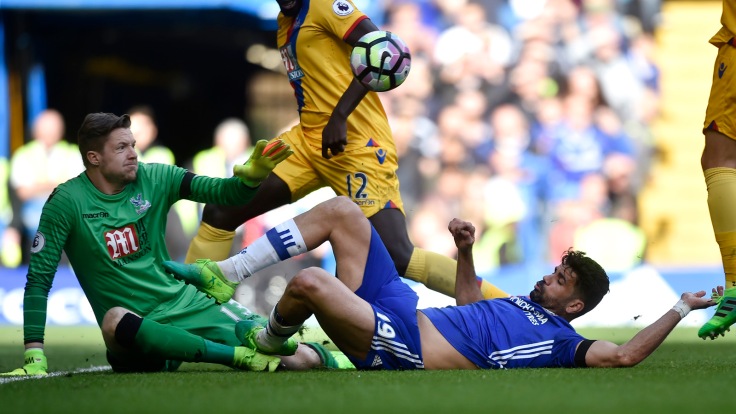 “When you start winning games and keeping clean sheets, your confidence gets higher and higher,” he admitted. “Most goalkeepers will grow when they have a winning mentality and are keeping clean sheets, and personally if I get that then I do grow in confidence. I’m delighted at the moment – the team has been fantastic, and the defending has been really good as we look more solid and compact.

“When you look at the Chelsea game, when we went 1-0 down it goes through your head that it could be a long day. After that, you just want to keep the score as low as possible and we managed to do that but it just wasn’t myself; it was the other guys blocking balls left, right and centre and defending stuff on the line.

“People have been saying it’s my best game for Palace and it’s definitely up there, but it’s easily the most memorable. When it got to the 70 minute mark, it felt as though we had been playing for ages! We managed to see it through to 90 but when we saw seven minutes on the board, I thought ‘God this is going to be the longest seven minutes ever’. It felt like 17 minutes, but we managed to get through it and it shows what we can do in tough circumstances.”

Battling against adversity is now almost second nature to the 30-year-old since being a part of Tony Pulis’ 2014 recruitment drive, with the following years seeing Hennessey fight off all comers to  ensure the goalkeeping jersey firmly remains on his peg.

Initially, his role was rather peripheral as Julian Speroni’s understudy, a trend that continued for 18 months before Alan Pardew opted to test out his backup goalkeeper with the Eagles’ Premier League safety assured. Despite playing his part in helping spoil Steven Gerrard’s Anfield send-off, by the time the 2015/16 campaign rolled around, Alex McCarthy was the next threat to Hennessey’s chances, however just weeks into the season some high-profile errors saw the Anglesey native once again handed an opportunity that he has never looked back from. 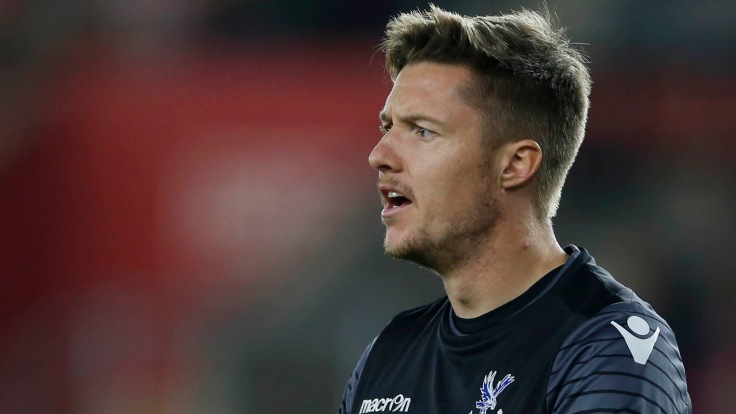 He could have been forgiven for feeling a sense of déjà vu when Steve Mandanda was next to be given a go with the gloves 12 months after McCarthy’s arrival, however once again the 66-time capped Welsh international managed to regain and retain his place following the Frenchman’s injury in November. Always up for the fight, Hennessey believes that the ferocious competition for places to be the club’s number one number one is helping him reach new levels of performance.

“Part of being a goalkeeper is that there is only one shirt and whoever gets the nod ahead of you, you wish them all the best and are there for him,” Hennessey said graciously. “I’ve always said that having three, four or five good goalkeepers at a club is healthy.

“I came from Wolves where the fans quite liked me before I left on bad times, and when I arrived here I never realised how much the fans loved Jules. He’s played here for years and years which is a great credit to himself and the club, and I don’t think the fans were happy when he got dropped and I went in.

“You have to fight for the shirt and I’ve had to battle a few players to get it, and hopefully I can keep it now. My best spell is happening right now; I’ve not had a spell like this at Palace. This is definitely the best I’ve played in the Premier League but it’s just disappointing that we’re still down there. I want some more clean sheets in the final crucial games of the season as that is what is going to keep us in this league.”

Helping to retain Palace’s top-flight status would cement the past 12 months as some of the best and most beneficial of Hennessey’s career. He may have previously broken a 119-year-old Football League record by not conceding for nine-straight matches at Stockport County aged just 20, and won a Championship title with Wolves, but his achievements over the past year have eclipsed those accolades. 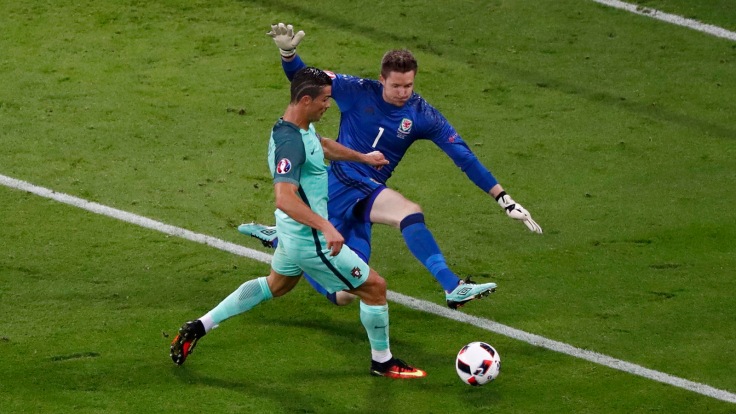 As well as helping Palace beat the drop, he featured in all of their games as they marched towards the Wembley arch and an FA Cup final appearance against Manchester United where once again they came ever-so-close to lifting the club’s first piece of major silverware. On the international stage, he was again ever-present to help Wales reach only their second-ever major tournament, with their stunning exploits in France seeing them reach the semi-finals before their fairytale run came to an end.

The advantage of all this big-game experience garnered in such a short space of time has been evident in Hennessey’s maturing performances this term. Despite once again starting it out as backup, a steely determination saw him usurp Mandanda thanks to a string of assured, consistent displays as the last line of the Palace defence, highlighting the knowledge gained from exposure to high-pressure encounters for club and country.

Speaking about last summer with the Red Dragons, he said: “I’ve gained a lot of experience from it. You want to play in major tournaments and to get through to the semi-finals was a fantastic achievement not just for me but for the whole nation, and we’ve put Wales back on the map which is fantastic. There were situations in games there that you would never come across in the Premier League or the Championship, especially when you’re coming up against some of the world’s best players. We played Portugal in the semi-final and Cristiano Ronaldo was a different class – you could tell that he was leaps and bounds above everyone else. They’re the players you want to be testing yourself against, and personally I have grown from that experience.

“I came back from the Euros and Steve was starting but the games weren’t going too well. It was disappointing but you have to put that behind you, maintain your fitness and still be ready because you never know when you’re going to be called up. Since I have, I’ve played in as many games as possible and to the best of my ability. Touch wood I’m injury free, and if you can maintain your fitness as a goalkeeper then the confidence can grow.” 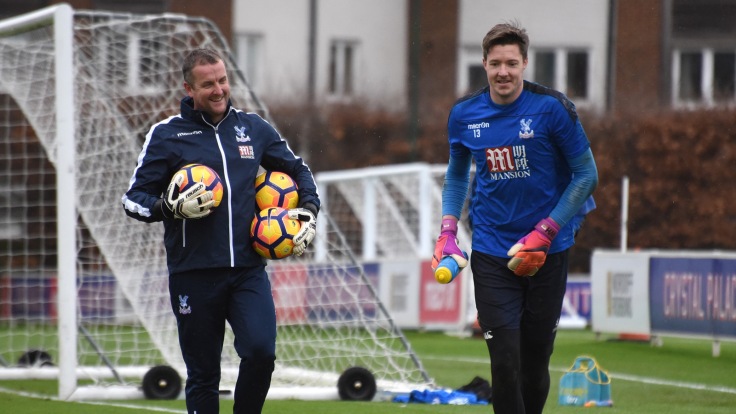 Behind the scenes, a familiar face is also beginning to cajole the best out of the Bangor-born man. Following his appointment in December, Sam Allardyce moved quickly to secure Martyn Margetson as the club’s new goalkeeping coach, whom he had previously worked with at West Ham United.

In a lengthy career, Margetson featured in the Premier League for Manchester City and, like Hennessey, had also adorned his nation’s goalkeeper jersey. He worked with the current Eagles custodian for five years as part of the Wales set-up before Allardyce poached him for England following the culmination of the Euros. Now reunited at club level, Hennessey believes the highly-rated Margetson is the man to take his game to the next level as he heads into his peak years between the posts, with the early signs of the partnership backing that claim up.

“I had the pleasure of working with Martyn at Wales and he’s a fantastic goalkeeping coach,” he revealed. “We’re really lucky to have him as they all love him at England, and it was a very upsetting day when he left Wales because as a coach and as a guy he’s one of the best. We’ve always stayed in contact and the gaffer knows a lot about him and how good he is, and I’m surprised one of the top four clubs haven’t got him.

“We’ve worked together for a while and I’m sure the other guys here really like him as well. He’s played the game himself at a high level with Manchester City so he’s got great experience and knows everything about the game.

“I’m 30 now and everyone was recently telling me that I still have 10 years left in the game, and I was like ‘wow – 10 years is a long time!’. I made my debut aged 18 so it’s been a long time since then, but if I stay injury free I should have some more exciting times ahead of me, and hopefully at Palace.”