For the past few weeks, Palace’s number two has been making himself number one when it comes to a host of Eagles accolades. Now, the club’s all-time outfield top-flight appearance maker Joel Ward talks about the secrets of his longevity and his excellent recent displays.

It seems that right now, every time that Joel Ward steps out onto the field for Palace and takes his customary position on the right-hand side of the defence donning the number two shirt, a record tumbles or a milestone is reached.

When he featured against Everton last month, he drew level with Mel Blyth as the club’s all-time top-flight record appearance holder as an outfield player, and then a week later he broke Blyth’s 44-year record against Stoke City. He then completed a double-century of Palace outings against Brighton and Hove Albion, before making his 155th Premier League appearance in Eagles colours against West Bromwich Albion, pulling seven clear of Jason Puncheon at the top of the charts for that particular statistic.

These days, he is the answer to most Palace-related quiz questions; a living, breathing book of records, and each one is fully deserved. A combination of ability, versatility and consistency has meant that out of the 192 games that the Eagles have played since they were promoted in 2013, Ward has only missed 21, with nine of those coming due to squad rotation in cup competitions.

“When you look back on it, you sometimes have to pinch yourself,” Ward says when asked about his latest personal accolades. “It’s always been a dream for me to play football and I’m living that dream, and I feel very blessed to be doing so. To be recognised for having those records is something I’m taken aback by, and it’s pretty amazing to do what I do and love it. All I do is give my everything. I just keep my head down and keep working hard and I can’t do much more than making sure I’m ready for selection.

“This is my sixth year now and thankfully I’ve not really had any issues or setbacks. I’ve been able to play a lot of games and it’s been incredible to have been on a journey with this club. The numbers speak for themselves and there’s a few records that I’ve clocked up which is great, but I just try to keep moving forward.

“I don’t necessarily focus on the numbers too much, I just want to play and do what I love. You always have an interest in them, but it’s not something that is a priority or takes up much space in my mind. I just try to look at the future and keep improving myself and raising the bar, and I’d like to think that over the last few years we’ve done that as a club, but every now and then you have to have a glimpse back and see how far you’ve come.”

Ward has come a very long way from when he first pitched up in SE25 back in the summer of 2012 from his hometown club of Portsmouth, with the Eagles paying a paltry £400,000 to Pompey for his services that has repaid itself many times over. In a game littered with astronomical transfer fees that have crept into nine figures, it has to be one of Palace’s biggest bargains of recent times.

After all, it was Ward’s acrobatic last-minute goalline clearance – virtually a year to the day that he pledged his future to Palace – in the Championship play-off final that paved the way for the club’s current unprecedented tenure in the top-flight, handing him the chance to become a Premier League regular, and ultimately record breaker.

Reflecting on the transfer that changed his career, Ward reflected: “Portsmouth were going through a difficult period and I think that triggered the move. I’d met up with Dougie [Freedman] a couple of times prior to signing and coming to see the place, but when I did there was something inside me that pushed me towards Palace. Looking back now it’s funny how things have gone. 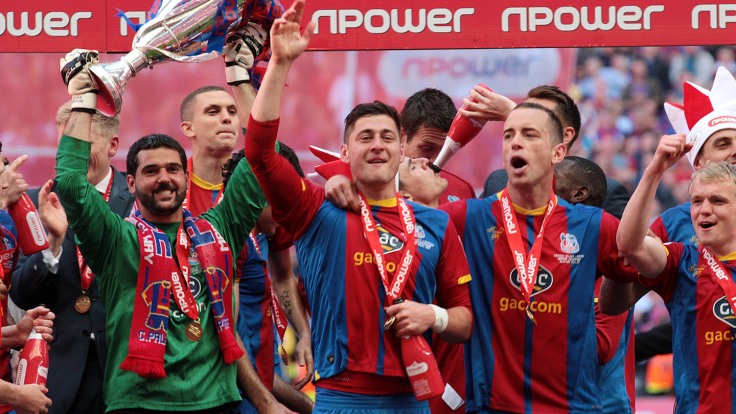 “You’re always looking to set goals, and mine was always to play in the Premier League, and to be honest I thought it would be a good platform to do that at Palace. They had great ambitions to push on, but I don’t think it was meant to happen as quickly as it did, but it was incredible that we did that in my first season and we haven’t looked back since.

“We’re in the Premier League now but we can’t rest on anything that we’ve done; we’ve got to continue to push on because the Premier League is formidable. Over the past five seasons there have been times where the league is galling and difficult, but with the lads we’ve got as well as the management and the fans, we’ve always stuck together and come out the other side. We need to kick on and continue to put in big performances and clock up points. My sole focus is making sure we take one game at a time and push up the table.”

That one game at a time philosophy has taken him past 200 outings in red and blue, and having battled through a number of relegation scraps during his time in SE25, Ward is well-placed to know exactly what it’ll take to escape again this term. He’s also seen seven managers come and go during that time, with Roy Hodgson being the eighth, and such has been the turnover of players during the club’s evolution that he is now the second longest-serving member of the first-team behind Julian Speroni at the ripe old age of 28. So what is the secret to his continued success? 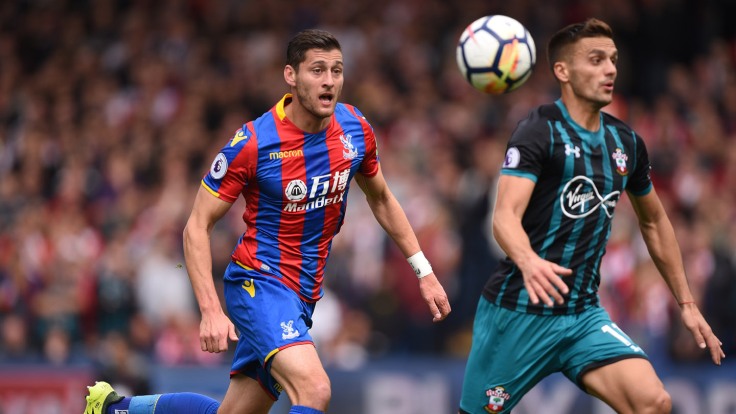 “It’s just about knowing your body and I’ve been fortunate,” Ward reveals. “It’s about staying on top of everything and doing the things that are going to benefit you. A lot of players would agree with me when I say that you’re not always 100% – you’re always carrying something and playing with this or that, but it is how you overcome that, push on and get yourself ready for the next one.

“Keeping my place has always been a challenge because different managers require different things but I’ve always just worked hard and do everything I can to put myself in the frame. So far, I’ve got on well with every manager that comes in and I’ve
been able to play a lot of games.

“You have to adapt as a player in the modern game, and if you work on things enough then it becomes second nature. If you apply yourself in the right way and you’re open to change, then there shouldn’t be an issue – you can always improve and add strings to your bow.”

Improvement is something that has been evident in the right-back during recent months, coinciding with Hodgson’s appointment. A renewed emphasis on defensive drilling on the Beckenham training pitches has helped make the Eagles backline a much more solid unit than earlier in the season, with Ward’s displays paramount to that.

Last weekend against West Brom typified the renewed confidence that Ward has gained since the former England manager took the reins in south London, as he threw himself into last-ditch challenges with gusto and made a number of crucial blocks to ensure that the Baggies remained frustrated and claim another precious point for his team.

Just like his appearance records, the numbers back Ward’s form up. Already this season he has had more touches than any other Eagle, and is in the top three when it comes to most minutes played, passes, assists, crosses, interceptions and tackle success rate. Reflecting on his latest displays, he added: “You always go out there trying to give your best and I think in recent games I’ve felt good and strong and everything has been clicking together. Everyone is reading off the same page, and when you do that the confidence in your ability comes through and you can express yourself, knowing that you’re working on things that will improve you and give you a platform to do well.

“Since the gaffer has come in and we’ve been working with him on a daily basis, the performances have changed because we’ve been working a lot on the shape and the way we defend as a unit, and that’s starting to show through now.

“There’s a lot of tactical and shape work and we make sure we’re working on things that are specific to game-related patterns, so you’re constantly working on things that you’re going to come up against. There’s a base to build from and once you’ve got that the forward players can do their business. You see it with the top clubs – they have to build from a solid base and that’s what we have to do, and hopefully we can continue to get
stronger in that area and then the results will come, and we’ll start to be where we should be.”

Wherever that may be, you can bet that Ward will be there, extending, making or breaking some sort of record.