Against Watford earlier this month, Julian Speroni continued his legacy at Selhurst Park by becoming only the fourth player in Palace history to reach the 400-game mark. Here he speaks about the virtues of being patient, allowing him to do what he loves most at the place he most loves to do it.

If it’s hard to remember a time when Crystal Palace and Julian Speroni didn’t go hand in hand – or more fittingly glove in glove – that’s because it is. 4,868 days had elapsed between the adored custodian first appearing between the Palace posts on the opening day of the 2004/05 season in a shirt three sizes too big for him, to game number 400 against Watford earlier this month.

In those 13 years, the highlights are lengthy. Denying Luke Varney, Ashley Barnes and Troy Deeney in crunch clashes such as Hillsborough 2010, Brighton 2013 and the play-off final. Being the proverbial brick wall on his way to three successive Player of the Year awards between 2008 and 2010. An emotional evening in 2015 as he featured for both the Eagles and former club Dundee in his testimonial. Every Eagles fan will have their own personal memorable moment.

However, they all nearly never happened. Speroni has had to show tremendous perseverance during the past couple of seasons to reach his latest landmark, but back in 2006 and well down the pecking order with just 16 appearances in SE25 to his name, he was told by incoming manager Peter Taylor that he was surplus to requirements.

Had he agreed, the recent history of Crystal Palace FC could have taken a completely different course. “Back then I was third choice because we had Gabor Kiraly and Scott Flinders,” Speroni reminisced. “Peter said to me: ‘Jules, you’re my number three so if you want to go out on loan or whatever, then I will help you out’. I said: ‘we haven’t even trained yet so I would love for you to give me a chance to show you what I can do’. He was really good and said that he’d spoken to people about me and knew how hard I worked, so I was welcome to stay.

“When you’re young you have rushes of blood to your head, but I was always happy here. I was disappointed when I wasn’t playing, but I was always settled from my early days. I knew I could do a good job for the club and I wanted to show that to everybody, so when everything was put on the table, I decided that I wanted to stay.

“Eventually Peter gave me a chance to play, and it shows that hard work earns rewards. That moment was the turning point for me because I could have taken the option to go out loan somewhere else, and who knows I might not have come back.”

The thought of that might cause the Selhurst faithful to shudder, but thankfully everything turned out alright. A year from his sliding doors moment, Speroni was first-choice and for the next eight seasons virtually undroppable through administration and promotion, establishing his rock-solid bond with the club’s fans. It has been a different story in recent seasons though as he scrapped for cup cameos and end-of-season dead rubbers, requiring him to lean on his vast experience to focus on life as an understudy. 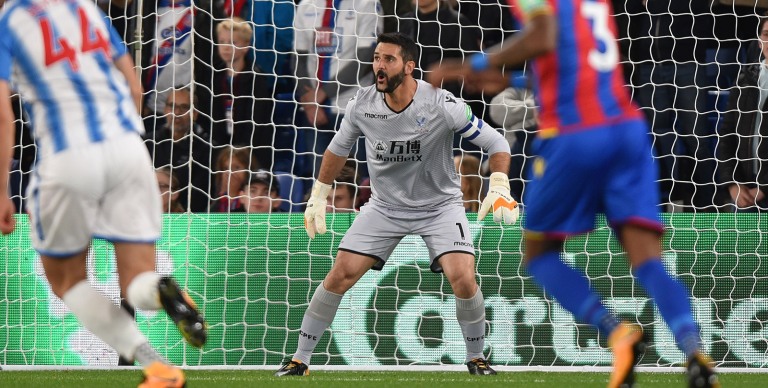 It’s incredible to think that Speroni went nearly two-and-a-half years without a Premier League appearance at Selhurst Park, but finally in October, the call he had been craving came ahead of the visit of Chelsea in October. Needless to say, the ever-professional shot-stopper was more than prepared to be thrown into the deep end on what proved to be a season-turning afternoon for Roy Hodgson’s men.

Reflecting on his lengthy absence from the first-team, he said: “I have been through similar things when I first came to the club and I’ve learnt from those experiences as they make you stronger. When I was a lot younger it was really tough waiting for that opportunity, but when you’re older you see the big picture and you know that football can change at any minute.

“I have seen so many cases of players complaining about not being in the team and then when they have the chance to play, they’re not ready for it because they’ve not done the right things in training. If I’m not playing, I always say to myself that the chance could come at any minute and you have to be ready, so I have to train even harder.

“Wayne got a knock playing for Wales so he was in doubt, and just before the game the coaching staff made the decision that he wasn’t able to play and I had to come in and do a job. When you’ve been out for a while you can always use your experience as it helps you out in those situations.”

Despite being a 38-year-old veteran who had pulled on a Palace goalkeeper shirt more times than anyone else in the Eagles’ 112-year history, he admitted to some slight nerves that afternoon, adding: “You always have butterflies but that’s good; it shows your desire to play football and do what you love. I was also very excited to be back out on the pitch again, and every time I play in front of our fans it’s special; they deserve the best because they give us theirs from their seats. It was an amazing day and it’s always nice to play in those big games, especially when you get a result like that.”

After beating the reigning league champions, Hodgson kept faith in Speroni and suddenly a familiar figure was back guarding his goal. Five league appearances in a row followed before Hennessey was handed another opportunity to reclaim possession of the coveted number one shirt, but once again the ever-prepared Speroni was ready, willing and able to step up after the Welshman’s pre-match withdrawal at West Bromwich Albion at the start of this month. Speroni ended up as an unlikely hero by keeping a clean sheet he could barely have envisaged a couple of hours earlier, with that display ultimately paving the way for game number 400 just over a week later.

That total places him fourth in the club’s all-time appearance list, behind only Jim Cannon, Terry Long and Albert Harry. With those record four Player of the Year awards to his name and having matched Nigel Martyn’s record clean sheet record at Leicester City a couple of weeks ago, his place as a Palace legend is already secure, even if
the incredibly modest Speroni doesn’t see himself worthy of that label.

“It’s a great achievement and I’m really proud,” he revealed about accomplishing his quadruple century. “It’s an honour for me to represent this club, and to have worn the shirt 400 times is a privilege and something that will stay in my heart forever. I’m really proud to have been here for such a long time, and hopefully I’ve represented them with the quality and the performances that this club deserves.

“When I see my name included in lists of club legends, I think I’m nowhere near those guys. I met John Jackson at my testimonial and I was starstruck because he is a real legend and to see him there and shake his hand was a big moment for me. For the fans and the people in the club to put me on that list of historic Palace goalkeepers is unreal – I can’t think that way. I appreciate the affection and love people show me all the time, not just on matchdays but when I’m on the street or in a supermarket. It’s incredible and I can’t thank the fans enough for that.” 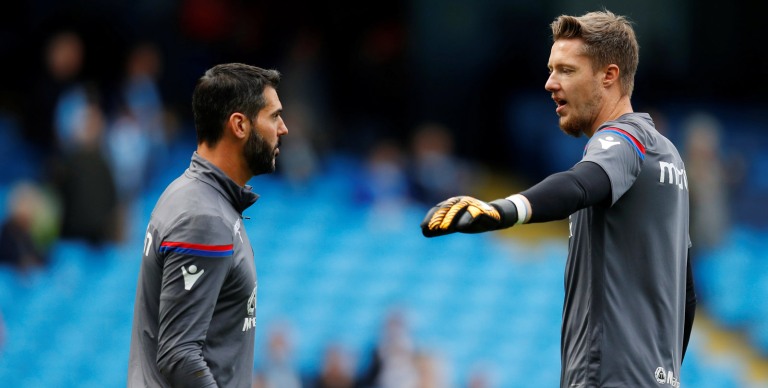 Heading into the festive fixtures, Speroni’s name is edging out his rival and great friend Hennessey’s on the matchday teamsheet as he looks to add to his record-breaking haul, but just as he did tolerantly waiting on the bench for a chance, he isn’t taking anything for granted, saying: “I don’t think I have the shirt to be honest. I take it one game at a time and I try to be ready for every one, and if I have the opportunity to play then I’m happy. I don’t think of myself as a number one, a number two or even a number 37; I’m an important part of this squad and someone that if the manager needs me to do a job, I’ll do it and do it well.

“Wayne and I get on really well and it’s a healthy competition that we have. It’s nice to work with him and Marg [Martyn Margetson] every day and we enjoy it. We are the only ones who understand how difficult goalkeeping is and the pressure that comes with it; the other players think you have to save everything that comes at you! People see the big saves and appreciate that, but there are other things that can make a big difference to the end result, so we try to look after each other.”

Such is the shelf life of a goalkeeper, there could be plenty more chances over the next few years for Speroni to soak up the adulation from Eagles fans before he opts to hang up his gloves, but he jokingly suggests that he has his sights set on another long-standing club record.

Eyeing a famous tally of 660 games, Speroni chuckled: “I was joking the other day with Jim Cannon and I told him: ‘Jim – I’m coming for your record, I’m going to catch you!’ and he was laughing telling me it was never going to happen. I think it’s a bit of a long shot but who knows? I enjoy playing football and I want to play as much as I can if I’m fit. I feel strong, quick and better than ever, so we’ll see what the future holds.”