Despite Palace suffering a raft of injuries over the past few matches, one man has remained a constant throughout. Here, James Tomkins speaks about his recent displays that has seen him quickly become a crucial part of Roy Hodgson’s rejuvenated Eagles team.

Back in the summer when the fabled fixture computer churned out a scenario that would force the Eagles to play seven games in just 25 days surrounding Christmas, you could almost forgive the squad for eying the holiday season with dread and fear. However, for James Tomkins, it would be prove a massive opportunity.

Having started the Bournemouth game that kicked off the start of that fixture pile-up, he would finish it alongside Wilfried Zaha as the only players to have played every single minute of all those matches which have proven to be so crucial in Palace’s season, with 12 points yielded during that time.

The centre-back’s displays throughout that gruelling but successful schedule, which saw him cover the equivalent of over 40 miles, were a key reason for Roy Hodgson’s team climb up the table, but importantly for Tomkins it proved that he is over the niggly injury issues that have punctuated his 18 months in south London. At a time when his body was pushed to its maximum, he thrived. 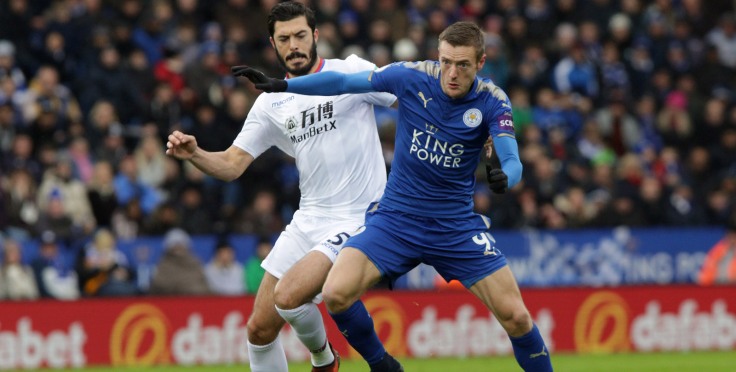 Reflecting on the festive period, he said: “There’s not been many times in my career where I’ve played the amount of games that I have in such a short space of time. It’s a crazy time of year; you don’t even spend much time on the training pitch because it’s all about games.

“Christmas was a massive time for us to get some results. We’ve had a hard run – Arsenal was tough and then we had City which was difficult, and then you follow that with a trip to Southampton, but we’ve come out of it in a good place because we’ve nicked four points from those games which is pretty good. It’s mad how we’ve had so many good results recently and we’re still only two points off the bottom three, so there’s still a lot of hard work to be done.

“It’s nice to play so many games in such a short space of time, but I have needed to use my experience to recover after those games. Our squad isn’t massive and in my position Scotty and Sakho have been injured and Damo has had a hernia so there’s not been much rotation. Kells has come in and done a good job, but I feel like I’m the most experienced at the back at the moment and that’s a responsibility that I’m liking.”

The schedule took its toll on other members of the Palace squad with space in the Beckenham treatment room getting scarcer as the weeks rolled on, but Tomkins remained an ever-present on the pitch during one of the season’s most crucial points. Visibly growing in confidence after each sterling display, he began to enjoy some of his best outings in red and blue stripes and feels like that the Selhurst faithful are finally beginning to see the best of him following his £10 million arrival from West Ham United in the summer of 2016.

“There were times when I was at West Ham where I’d have a good season and then the next one wasn’t as good, so it’s good to keep this level up. When you’re young you have good and bad games and it’s a bit up and down, so I’ve always wanted consistency which I feel like I’m getting this year.

“This is possibly my best run of form at Palace but at the back end of last season when times were tough and we needed wins, I felt like I stepped up to the plate which is important because at that time of the season you don’t want any passengers. I feel like I’ve just carried on from there.”

Tomkins nearly missed the crucial finale to last season after finding himself on the end of a horrific challenge by Liverpool’s Marko Grujic during one of his bravest outings for the Eagles at Anfield last April, which was an example of how unfortunate he has been with injuries that have hampered his progress at Selhurst Park. Before his recent marathon-man displays, a slight groin issue saw him lose his place in the starting line-up and he admits that these minor setbacks have been exasperating for a player whose performances seem to improve as he strings together appearances.

“It can be very frustrating but that’s football – you can never predict when you’re going to get injured,” he admitted. “No-one wants them and it’s the worst part of the game but you have to deal with it and come back stronger, 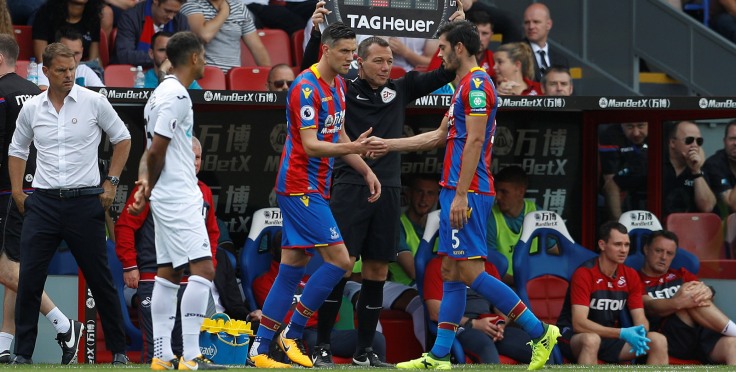 “At the start of the season I wasn’t in the team but I played against Liverpool away and felt that I did really well, and then in the next game against Swansea I picked up an injury in the first 15 or 20 minutes. That’s always the frustrating thing when you get in the team and do well and then get injured, so it’s nice to keep away from them. Touch wood I can stay injury-free from now until the end of the season, as it is allowing my consistency to improve.”

That seems to be the case with many Eagles players at the moment, with Hodgson’s team only tasting defeat once in their last 11 league games which came when Tomkins got himself on the scoresheet for the first time this campaign against Arsenal a couple of weeks ago.

That result was followed by a daunting visit from Manchester City, but despite seeing his defensive partner Scott Dann go down with a serious injury in the first half, forcing the Basildon-born man into a positional change following Martin Kelly’s introduction, he and the fellow members of the backline held firm to become the first side to prevent the rampant league leaders from finding the net this term.

“That result has given us a lot of confidence and hopefully we can build on it,” he added. “As a defensive unit you can look back at that game and realise how well we did; after all you’ll struggle to find another team who will not concede against them this year.

“You know you’re going to get minutes and minutes of pressure against City but it’s all about riding the storm. If you can do that, you then might be able to nick something on the counter-attack which we nearly did with the penalty. At the other end they nearly scored right at the death which would have been so disappointing given the amount of hard work we had done, but we got a well-deserved draw. Everyone defensively did a great job.

“When I play with Scotty it seems to work out that I play on the right side of central defence, and when I’m with Martin I always like to give him the opportunity to play where he likes, so I go to the left. I’ve played in both positions before so it doesn’t matter to me, but it can be a little different as you use your left foot more if you’re on the left side because if someone presses you from the inside, you have to use that foot.”

This adaptability will have pleased Hodgson as he continues to rejig a patched-up defence to allow for the absences of Sakho and Dann, but Tomkins is full of praise for the Eagles boss whose back-to-basics approach has seen the club go from relegation certainties upon his arrival to now finding six teams below them in the standings.

Giving his thoughts on the fourth manager during his short time in SE25, he said: “He’s come in and done a good job. Having not won or scored in our first eight games means we shouldn’t really be in the position that we’re in now, so it’s credit to him.

“He’s not complicating things; when Frank [De Boer] came in he was new to the Premier League and he changed a few things whereas Roy’s kept everything quite simple such as his training methods. It’s paying off – you can see our defensive shape has improved and if we can build on that then we always feel like we’ve got goals in the team.

“I felt that things were beginning to click even when we were still losing games 1-0, but you could see the turnaround. You look back at games like the Newcastle one where we didn’t deserve to lose but they scored a lucky goal, and that kind of thing was all we were waiting for. Once we got that, we then managed to string a run of good results together and keep the level of consistency up.”

And that doesn’t just go for the team. Now finding himself as Hodgson’s first-choice centre-back and the chance to become a mainstay at the heart of the Palace defence, expect Tomkins’ displays, as well as his lengthy appearance run, to improve further as the season heads towards its business end.