Before injury struck against West Ham United on Tuesday night, Bakary Sako had been one of the revelations of the campaign as he made the most of his unexpected opportunity. Here he talks about the highs and lows of his season so far, as he hopes he has done enough to extend his stay in SE25.

It’s not unusual to see Bakary Sako step through the doors at the Beckenham training ground each morning with a beaming smile stretched right across his face, especially following his recent rejuvenation that has been as rapid as it has been effective.

An ankle injury at the London Stadium on Tuesday night may have halted his progress, but you sense that the winger-turned striker’s positive outlook on life will help his recovery, having suffered worse hardships in recent times. Therefore, this recent setback won’t be enough to stop him turning up to work full of positivity; after all, that perma-grin remained a facial fixture right through some of his darkest days.

Sometimes you have to look back to see how far you’ve come, but no-one could blame the Malian international if he turned down the opportunity to reflect on the past couple of years. Through little fault of his own, he had almost become a forgotten man at Selhurst Park as niggling hamstring injuries wrecked his bright beginning to life as an Eagle, reducing him to just 135 minutes of league action last season. Setbacks became more common than comebacks, and despite trying to keep a positive mindset, his smile had developed into more of a grin-and-bear-it. 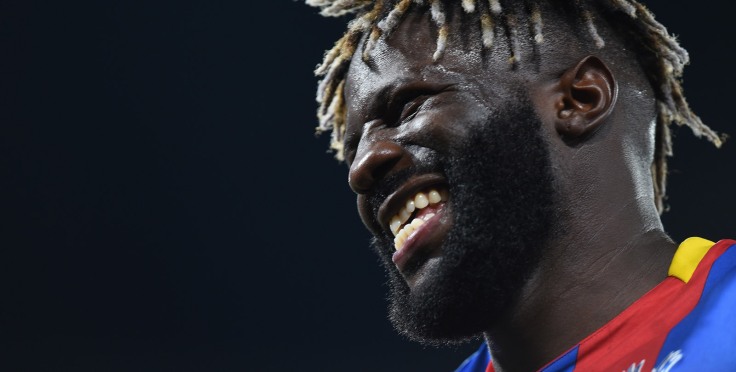 “I’m a really positive guy, I’m always smiling and always enjoying my life,” said Sako. “But things have been tough because when I signed for the club I started really well, and then I had my first injury. Before then I’d hardly been injured in my life; when I was in France I used to play 42 games a season and was completely fine, and then I got injured here. It was a nightmare because I’d come back and then be injured again and again, and then I always had to get my fitness back.

“It was really frustrating. It would just happen in training where I would pull a hamstring or do my groin doing virtually nothing, but your head plays around a lot when you get an injury. You think that you need to be gentle because I didn’t want to be injured again, so I didn’t play at 100%. The more you think about it, the more you’re likely to get injured and I think that’s what happened with me.

“The most frustrating thing was seeing your mates playing. I went to see every game and I was useless because you can’t do anything about it. Watching the game, I’d be like: ‘in that situation I would have done this’, and that was really hard for me.”

After an injury-free pre-season, all the 29-year-old needed was a fresh slate, and Roy Hodgson’s arrival in September provided just that. Having acquired a squad shorn of attacking options through injury, ironically the new boss would turn to someone who had been one of the walking wounded for so long to be the proverbial square peg in a round hole. It might not have quite been what he imagined, but it was the chance Sako had been waiting for.

Hodgson had noted the winger’s weapons: an abundance of pace coupled with an ability to thump a football so hard that he could single-handedly keep goal net manufacturers in business, and moved to add them to his attacking arsenal. It would prove to be an inspired decision when, in Sako’s first start in nearly exactly a year, he netted the only goal of the game to clinch Carabao Cup progress at Huddersfield Town’s expense. 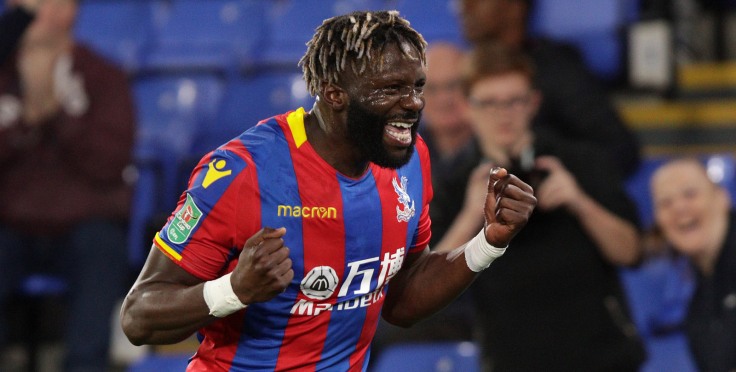 “Since day one when he signed for the club, he put me as a striker straight away,” Sako revealed. “It happened on the first day of training. I trained well and he said to me “Can you play as a striker?” and I said that I had played there a little bit when I was in France but I’m not used to it. He said I’d done well that morning so if I could do it in games, then he’d be more than happy, and that is how it began.

“I wasn’t nervous about it; I’ve been in the game for quite a while now so I’ve got the experience, but I think you have more pressure when you don’t have someone to compete with – this is the time you have to do well. Therefore the pressure was higher, but I did quite good.

“I felt like I was getting better after each game because I was watching them back and seeing some of the clips where I should have done this or that, and the manager and Ray [Lewington] have helped me as well by telling me which type of runs I should be making. However, in every game I’ve had a chance to score and the manager knows that, and that’s why he’s given me my chance.”

Looking back at Sako’s career, it is a surprise that Hodgson was the first to recognise the potential of a positional switch. As a winger, 36 goals arrived in 118 appearances for Wolves during three seasons at Molineux, and he had scored 11 times in his two previous campaigns in France’s top-flight for Saint-Etienne. But since being tasked with scoring rather than supplying goals, Sako has become a player transformed.

His Huddersfield strike was followed by another in the Carabao Cup at Bristol City, but having not netted in the Premier League for 837 days since he took to the division by storm by netting last-gasp strikes against Aston Villa and Chelsea on his first two Palace
outings, he was in the right place at the right time to bundle home a late equaliser against Watford, setting his side up to claim the victory minutes later.

A few days on, he capped a convincing victory at Leicester City with gorgeous-looking goal, and bettered that with an outrageous 35-yard belter in the FA Cup down on the south coast at Brighton that would probably have crossed the Channel if the net hadn’t halted its course. With confidence oozing out of him, and his trademark grin intact, Sako was handed a first league start in four months by Hodgson, and the faith was once again repaid by bagging the only goal to beat Burnley to claim a huge three points for his manager, as well as put him at the top of the Eagles’ goalscoring charts.

Chuckling at finding himself there, he said: “I’m happy to be top scorer. The one against Watford brought me the most happiness because I came on and scored a few minutes later to make it 1-1 with a minute to go.

“The best one was against Brighton because it was with my right foot. I scored a similar goal a few years before at Wolves, and when the ball came to me I didn’t ask any questions – I just smashed it. I score a lot of bangers, but cutting inside at the near post or getting headers are striker’s goals and I’d like to score more of them. I have always had a good shot in me; it started when I was like 10 or 12 so there’s no secret, maybe it’s just genetics!”

He picked the perfect time to hit the goal trail with his contract due to expire at the end of the season. Hodgson recently indicated that he wasn’t adverse to an extension, but once again injuries have dealt Sako a cruel blow. Now he is simply focussing on doing everything he can to get back to fitness as soon as he can to try and help his cause for a longer association with Palace.

On his contract situation, he said: “I’m not even thinking about it; maybe we’ll see at the end of the season what will happen. I want to stay here but you never know if the club are going to offer you a new contract, so as a footballer you have to be focused on the present and not think too much about the future.”

The early prognosis on his ankle injury may not be too promising, but you just know that Sako is up for the fight. You sense that he has unfinished business in red and blue, and if that is the case then you can bet that the famous Sako smile will be wider than usual each day he turns up to Beckenham next season.

I have spent the last eight years in sports media, initially with Crystal Palace FC before going on to work with some of the biggest names in sport, including the NFL, Major League Baseball, Premier League clubs, Concacaf, the LTA and World Snooker.

As well as being an award-winning print and web journalist, I have a wealth of experience across communications and PR. Recent years have seen me develop my editorial and proofreading skills, managing publications and staff from initial concepts to delivery.