Some might say that having spent a summer amongst the hullabaloo of a World Cup and then enduring the upheaval of switching clubs, it has been a tricky time mentally for Cheikhou Kouyaté. However, he reveals that these last couple of months are nothing compared to what he had to endure to make his name in European football.

After spending 20 minutes in the company of Cheikhou Kouyaté, it is easy to see how his determined, never give- in, gritty playing style has been forged. What wasn’t easy for the Senegalese midfielder was how he acquired those traits in the first place.

Many footballers have sacrificed plenty or overcome obstacles to achieve their dreams, but Palace’s new man’s early days in the game were as tough as they come. His tale is a real sink-or-swim story filled with setbacks and rejection, and even a glimmer of hope came packaged with crippling homesickness, loneliness and a huge culture shock after being uprooted 3,500 miles to a different continent.

Battle-hardened after refusing the temptation to quit, the tough-tackling but softly spoken Kouyaté can laugh and smile about those character-defining days now, as he gives an intriguing insight into the lengths that young African players have to go to for their talents to be appreciated in Europe.

“It was around 2006 and I went to Greece and France but the teams there said it was too early for me or that I was no good,” he said. “It was very disappointing for me but then a team in Belgium phoned me called Brussels FC who were in the first division at the time and they gave me a chance, but it was very difficult at 16-years-old. 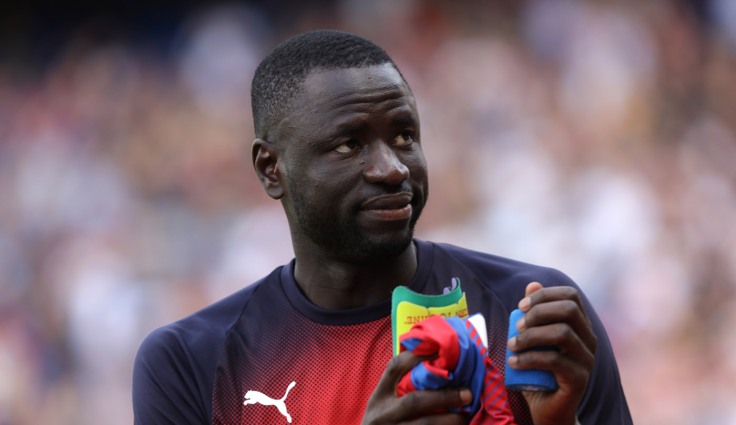 “In my first year in Europe I didn’t see my father, mother or any of my family. I would finish training and go back to the hotel and nobody was there and I had nothing, so I would cry and cry and cry. Everything was different; the food, the weather. I remember I came to Europe in November and it was so cold, and I said ‘football is not for me – I want to stop’. Thank God that I had some good people behind me to help me carry on.

“I would call my agent in Senegal and say I wanted to come back. He told me that everything I was feeling was normal, and to keep working hard. When I got to a big team, then I would start to like things and I achieve the dream of all young players in Africa.”

With the benefit of hindsight those words are incredibly prophetic, and with them ringing in his head Kouyaté set about developing a dogged desire to make it to the top. “If you are not mentally strong, you are dead,” he added. “You have positive guys and negative guys, and they’ll tell you that you’re rubbish and ask you why you’re here, but the others tell you that it is possible to advance. It’s up to you who you listen to, and if you are mentally strong you’re going to make it.”

That is something that the Dakar-born man did incredibly quickly. It took just two handfuls of appearances for Brussels for his talents to attract the attention of the country’s most successful team as Anderlecht swooped, and soon hardships gave way to championships. In his five seasons in purple and white, Kouyaté lifted four league titles and played in all 12 of their UEFA Champions League games during a golden period of his career.

“I spent four years in Belgium and it was very nice for me,” he added. “I won four league titles so I was very happy, I knew the city and everything I needed they helped me with. In 2009/10 I won the title in my first year and my mother came over for the first time, so that was very nice. It was unbelievable for me as a young African player to come there, win the title and be very proud, and in my mum’s eyes it was unbelievable.

“Anderlecht is like my second family. They helped me to become a big man, gain experience and know myself as a player, because sometimes you think you can do something but they’ll say that you can’t. They also told me that anything in life is possible.”

It was around this time that Kouyaté would come across two players that have helped him settle into his new surroundings in recent weeks. “Luka [Milivojevic] arrived in 2013 with Aleksandar Mitrovic, and I could see straight away that Luka was a good player. We enjoyed playing together and we won another title that year with me as a centre-back because Luka played in midfield. He was quiet but a nice guy, and it’s very nice to see him again here.

“I also knew Pape Souaré and would sometimes go and watch him and [Everton midfielder] Idrissa Gana Gueye when they played for Lille, and they came to watch me at Anderlecht. The first time I met Pape he was so quiet, but now he is crazy! He is a good player and has plenty of energy, but he is crazy!”

It would have been easy for Kouyaté to continue to dominate the middle of the park in Belgian football for another decade and claim a goldmine’s worth of silverware at the biggest club in the land, but given his difficult beginnings and how hard he had worked to get into European football, he was never going to rest on his laurels.

After 206 Anderlecht appearances, ex-Eagles boss Sam Allardyce persuaded him that West Ham United was the place for the now-Senegalese international to make the next step in his career, and he seized it in 2014.

“Everyone was telling me to go to another team because I had played for too many years at Anderlecht, so I met with Sam Allardyce and he brought me here to England,” he said. “I had some unbelievable experiences, especially at Upton Park. My best season was the last year we played there [in 2015/16]. The day we moved to the London Stadium, we lost our identity but the club wanted to go to another level.

“We had some good players there, and I played a lot of games but last season was very difficult. Everything is there for them to be successful, and I wish them the best because they helped me and I’ll never forget that.”

While success in the form of trophies and glory didn’t come his way in east London, Kouyaté became a household name in the Premier League. He made no fewer than 31 appearances in each of his four seasons with the Hammers, and will always have a place in the club’s history having scored their first ever goal at their new home in 2016.

Despite the turbulence off the pitch and in the dugout during these years, Kouyaté was a beacon of consistency throughout. Those displays were replicated at international level which helped Senegal reach only their second World Cup finals last summer, with Kouyaté rewarded with his nation’s captaincy before the competition kicked off. However, it would end in bitter disappointment as after ending the group stage locked with Japan, they were denied a spot in the knockout stages by virtue of having picked up more bookings.

Looking back with mixed emotions, he said: “The World Cup might only come once or twice in your life so the experience is unbelievable as all the countries come together, but it was a hard way to go out.

“We had two more yellow cards, so when we went out you just wanted to cry. It was so unlucky as it was the first time it had happened in the World Cup, but that’s football – sometimes it’s going to kill you! Why couldn’t have Japan and Senegal played again?”

With that question dominating his mindset as his summer holidays started earlier than he had hoped, Kouyaté’s thoughts eventually began to turn towards the next challenge in his club career, and soon the Eagles would offer just that, aided by a friendly voice on the other end of the phoneline.

“After the club told me about their project, Pape called to try and convince me,” Kouyaté revealed. “I have played at Palace for many years so I knew the atmosphere but didn’t know the players, and Pape said this is a very good team and I would like it here a lot, so I thought ‘why not?’. I knew Pape, Luka and Mamadou Sakho, and James Tomkins too, so that has made it very easy for me to settle.”

Speaking of settling in, Kouyaté believes that having spent two years playing in the challenging surroundings of the London Stadium, he is looking forward to once again putting in industrious displays in the middle of one of the Premier League’s more traditional stadia.

“I came here to play last season and West Ham were winning 2-0 but the supporters kept singing and at the end of the game it finished 2-2. That’s what players need; the fans behind them during the good and bad moments. If you have fans like that, you have to give everything for them.

“After the Liverpool game I talked with Mama and Pape and said: ‘what is this – it’s unbelievable!’. It was a similar atmosphere to when I played at Upton Park and I liked that.

“The fans are so close to the pitch and they sing from the beginning to the end of the game, but Mama said ‘you’ve seen nothing yet!’. It already feels like home here.” Given Kouyaté’s difficult beginnings in the game, that is quite a compliment.