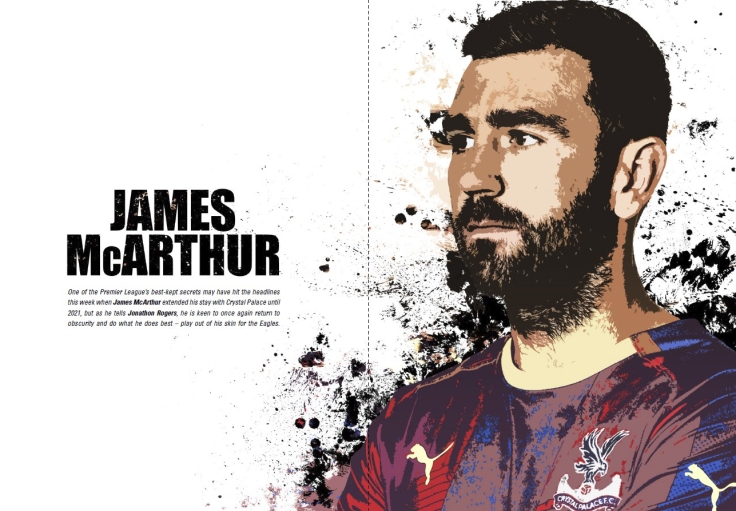 One of the Premier League’s best-kept secrets may have hit the headlines this week when James McArthur extended his stay with Crystal Palace until 2021, but he is keen to once again return to obscurity and do what he does best – play out of his skin for the Eagles.

The past few days have seen James McArthur’s name and face splashed all over the sports news after he inked a two-year contract extension, but it isn’t something that would have sat too comfortably with the unassuming Scotsman.

A fresh deal for one of the league’s most underrated players means McArthur’s efforts have once again been recognised in south London, but outside of Croydon – and perhaps his native Glasgow – the midfielder’s low profile allows him to live the life he desires.

“I do much prefer being under the radar – in football and in life,” he said. “I would rather walk down the street without anyone knowing me, rather than having loads of people surrounding me.

As time goes on and you get more experienced, you find that you don’t really need things like social media outside of your own little bubble. I prefer to be spending time with my family and I don’t need to be on social media checking what’s happened to someone else’s life when I’m very happy with my own.

“Headlines really don’t bother me. I’m here to play for Crystal Palace and help my teammates and my mates, and that’s my life. It wouldn’t bother me if I scored a hat-trick and Wilf or someone scored one and they get the headlines; that actually suits me – not that I’ll ever score three in a game mind you!” 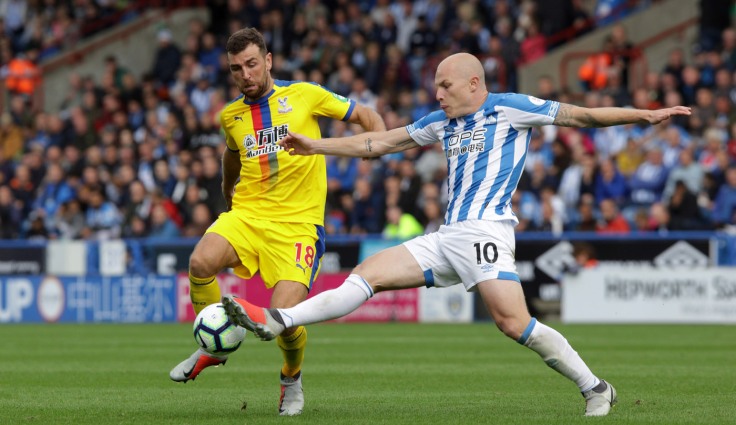 Three goals in a game might have eluded him, but the three years that McArthur has pledged to remain in SE25 for will have brought just as much joy to Palace fans as the former Hamilton Academical and Wigan Athletic man looks to spend the silhouette years of a typically understated career in SE25. He may have lifted the FA Cup with the Latics and won 32 Scotland caps, but it is his association with the Eagles that looks set to stand the test of time when his unflashy boots are hung up one day, and if he gets his wish they could well be on a peg in the new Main Stand at Selhurst Park a few years from now.

Chatting about his new deal, he said: “It was a very easy decision to stay. When the club wanted to sit down and talk about giving me a new deal then I was delighted to tie my future down, and it is a great relief to get it done. I want to finish my career here; it’s been a great club for myself and I feel that I’ve done well for them and they’ve been the same for myself as well.

“I don’t feel as though I’m part of the furniture here. The club has a lot of history and players come and go, but I’ve been here for quite a number of years when it comes to footballing terms. A lot of players move on quickly but I’m still here playing and I’m glad to be here for another three.

“I love being at the club. It’s a great bunch of boys and a good manager, and the club is trying to go places and I want to keep being a part of that. It’s been a big change from when I first came here to now, and hopefully we can keep progressing and get better.”

That is something that can be said about McArthur’s ever-improving displays in red and blue which led to the no-brainer decision for the powers-that-be to lock down his indispensable services until he reaches the age of 33.

A model professional capable of playing anywhere between the base of the defence and the focal point of attack, he often covers more distance than the rest of the 21 players that he shares the pitch with and rarely puts a foot wrong – whether it is mopping up in front of his own goal or coolly tucking home a poacher’s finish 80 yards further downfield, sometimes within seconds of each other.

Would it be fair to assume that Palace fans are witnessing the pinnacle of Macca’s playing days? “I think only other people can judge whether these have been the best years of my career, but they’ve definitely been the most enjoyable, especially staying in the Premier League. When you’re playing and you’re winning games that’s obviously when you enjoy your football most, and hopefully that shows on the field.”

While he might be characteristically modest and wouldn’t dream of admitting it on the record, the stats certainly highlight that his influence is as crucial to the Eagles as Wilfried Zaha’s. While much has been made recently of the Eagles’ woes without Wilf, it is also true that no league wins were recorded without McArthur in their ranks during the whole of the 2017/18 league campaign.

In fact, since he signed his first ever Selhurst deal just over four years ago, there have been just four occasions Palace have tasted Premier League victory in the 27 matches when he has been absent. When the number 18 is listed on the teamsheet, Palace average 1.25 points per game as opposed to 0.8 points without McArthur, and the team also score more goals (1.2 per game vs 0.9 without) and concede less (1.4 vs 1.6) when the Scot features.

His 127 appearances sees him sit fifth in the club’s all-time Premier League appearance makers list, and his goal output has increased year-on-year for the past three campaigns. Unsurprisingly, for someone not seeking glory or validation, he was blissfully unaware of these feats. “It is good to know that the team win more games when I’m in the team rather than when I’m out of it, but the stats aren’t something I pay great attention to. 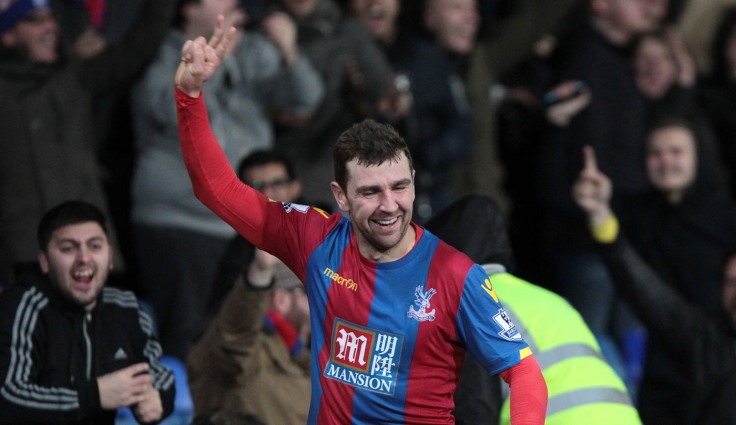 “I have definitely changed as a player though since I’ve been here. Under Alan Pardew I started to change a little and become more attacking, which I’d never done before. I’d either be a sitting midfielder or playing box-to-box, but under Pardew I started playing in central midfield and then last year I got moved to the right, so I think that my game has progressed.

“I just go in and try to help the team by playing in any position, because as long as I’m playing then I’m happy and wherever I’m told to play I’ll do it to the best of my ability.”

McArthur is once again playing down a notable achievement. Last season saw him reach a career-high seven goals in a season, which is an excellent return for someone whose early career saw him hit just 10 in five top-flight seasons either side of Hadrian’s Wall. His reinvention as a goal-hungry midfielder came during the latter games of Pardew’s tenure in the 2016/17 campaign when he forged an unlikely strike partnership with Christian Benteke, but since then he has developed a knack of arriving in the perfect place at the perfect time to finish off moves. So what was the secret behind his transition?

“When you’re playing all the time in an attacking role and you get used to it, you become more confident because the manager is continuing to show trust in you,” he revealed. “Pardew and the manager we have now have got the best out of me because they’ve trusted and relied on me, and kept me in the team whenever we hadn’t been playing well. When you become someone who can be trusted you get confidence, and when you play with the type of attacking players we’ve got, you’re going to get a lot of chances.

“When you get asked to play somewhere new, the manager already feels you’ll know the position because of its virtues, and how to play there. You then listen to your teammates, such as last year when I was on the right I’d listen to Andros who would teach me when to tuck in or get wide. Over time most players know how to play in most positions so when you get told to play in a new one, it’s not really a problem.”

That versatility, calmness and adaptation has reaped rewards for McArthur who is now firmly a fixture in Roy Hodgson’s side. Only Zaha has played more Premier League games for the club since Macca’s acquisition in September 2014, despite a wealth of midfield talent such as Mile Jedinak, Joe Ledley, Jason Puncheon, Yohan Cabaye and Luka Milivojevic all fighting for starting spots.

Ultimately, all have been paired with McArthur at some point, but following the summer arrivals of Max Meyer and Cheikhou Kouyaté he believes the competition in the Eagles engine room is as heated as ever, which only fuels his desire to become even better.

“This is probably the most competitive midfield we’ve had since I’ve been here,” he mused. “Last year was tough as well because Jairo [Riedewald] signed and we already had Jason Puncheon, Yohan, myself and Luka, so that was very difficult as well, but obviously we’ve added Max and Cheikhou now so there’s even stronger competition.

“If you want to keep progressing and competing, you’re going to find that this squad and the league keeps getting stronger and if you stand still, you’ll get left behind. Everyone at the club is striving to get better and with that, we’re signing better players.”

Despite the new faces, an ever-improving McArthur’s signature on the dotted line could be as vital a bit of business when it comes to the Eagles’ fortunes over the next three years.

I have spent the last eight years in sports media, initially with Crystal Palace FC before going on to work with some of the biggest names in sport, including the NFL, Major League Baseball, Premier League clubs, Concacaf, the LTA and World Snooker.

As well as being an award-winning print and web journalist, I have a wealth of experience across communications and PR. Recent years have seen me develop my editorial and proofreading skills, managing publications and staff from initial concepts to delivery.