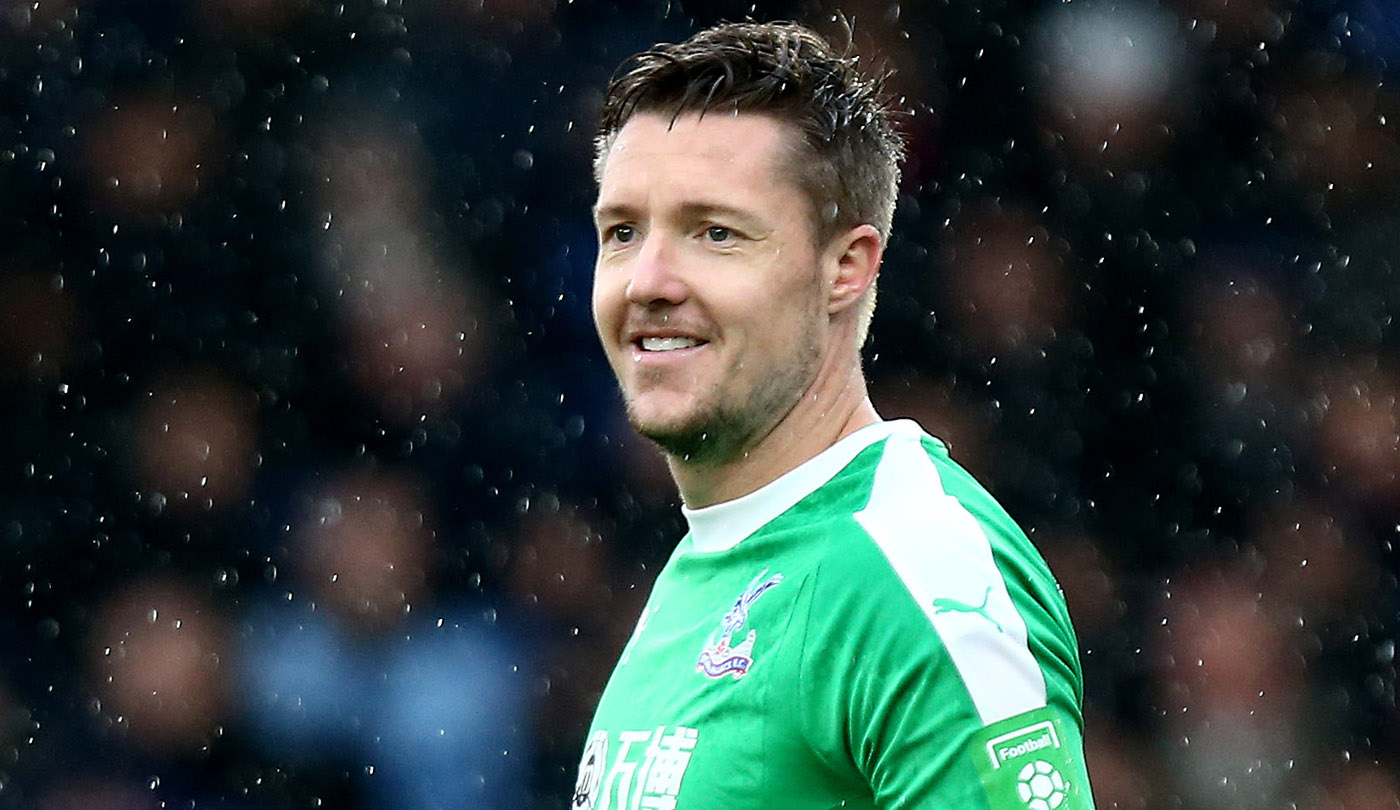 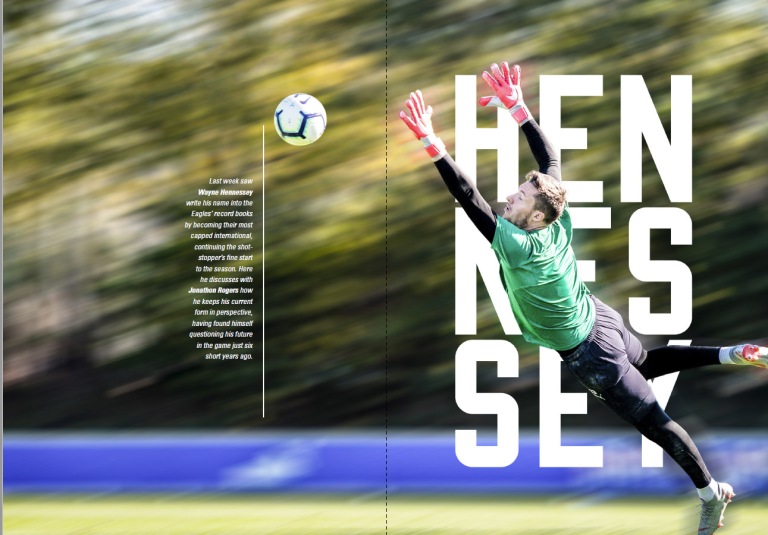 Last week saw Wayne Hennessey write his name into the Eagles’ record books by becoming their most capped international, continuing the shotstopper’s fine start to the season. Here he discusses with Jonathon Rogers how he keeps his current form in perspective, having found himself questioning his future in the game just six short years ago.

Given the 126-mile separation between Selhurst Park and the Severn Bridge, it seems strange to think about how much influence the small country of Wales has had on the fortunes of Crystal Palace FC.

From Ginger Williams becoming the fledgling club’s first supreme goalscorer, Vic Rouse’s heroics in goal spanning two decades, Ian Evans, Peter Nicholas and Ian Walsh starring in the ‘Team of the Eighties’ and Chris Coleman and Eric Young developing into ‘90s cult heroes, there has been no shortage of stardust heading across the border from the principality to the Palace, and now another Welshman can lay claim to a piece of club history.

Dublin’s Aviva Stadium may seem like an unusual place for an Eagles record to be broken, but last week saw Wayne Hennessey win his 39th cap as a Palace player in Wales’ win over the Republic of Ireland, and in the process overhaul Mile Jedinak to be the club’s most decorated international.

Now he stands both literally and figuratively above all of Palace’s other illustrious names, the 6’7” keeper can reflect on his feat. “It is fantastic to do it, but I’m surprised it’s a record with the amount of very talented players Crystal Palace have had over the years.

“For me to beat a player like Mile makes it extra special. I obviously know him well and he is a fantastic guy. What he has done in the past for the club is fantastic, and was a great captain for Australia like he was at Palace, so knowing him personally makes this record even better. 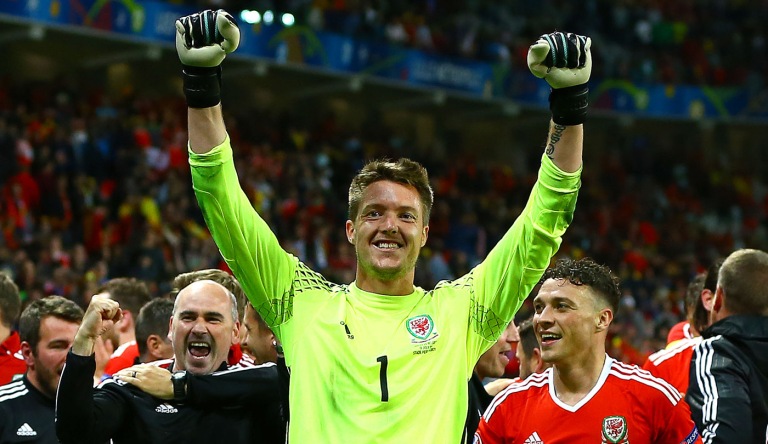 “There have been some fantastic Welsh players at this club in the past such as my old manager Chris Coleman who used to remind me of them all the time, so to look back and for me to be the record cap holder is special. It’s an honour, and hopefully I can add more to it so no-one will be beat it!”

Judging on his form so far this campaign, Hennessey could find himself extending and holding his newly-found record in his safe hands for many years to come. The summer arrival of Vicente Guaita ramped up speculation as to who was going to be the Eagles’ number one come the season’s kick-off, but the confidence gained from hearing Roy Hodgson state that he had no reason to take the jersey away from the Welshman has been injected into some strong displays between the posts.

A number of top drawer saves have helped ensure three clean sheets have been kept already this season, putting Hennessey in a good position to surpass the seven he made last term. He feels that the Eagles fans are witnessing his best displays since he arrived at Selhurst Park back in February 2014.

“I think it’s been my best run in a Palace shirt,” he revealed. “I would have liked to have kept a few more clean sheets but hopefully I can beat my tally from last season as things have been going well so far and I need to keep that going. That’ll be a big challenge for me, so now I need to keep that up to maintain the number one spot.

“For the manager to say what he did was really good, so hopefully I can keep him happy and not give him any reason to drop me. I’ve been at the club for a while now and goalkeepers have come in and started the first game of the season and that’s not very nice, but you just have to keep pushing and try and get back in the team. However, now I’ve got the shirt I want to maintain it. It is a healthy competition here as it keeps you on your toes, and I think we have that right through the whole dressing room and not just in the goalkeeping department.” 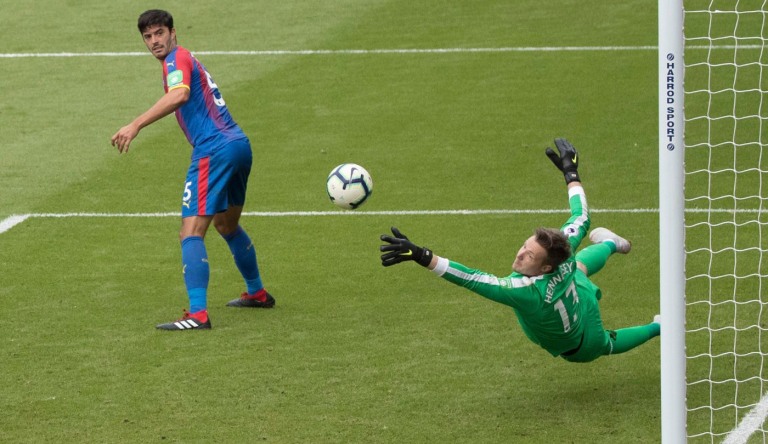 The 31-year-old’s upturn in fortunes can be traced back to Dean Kiely’s arrival as goalkeeping coach at the start of the year; a fourth new voice barking orders in four years following George Wood, Andy Woodman and Martyn Margetson who previously helped tweak the Eagles’ custodians’ glovework. While Hennessey admits the chopping and changing hasn’t been ideal, he is delighted with his current mentor who is bringing the best out of a willing student.

“Dean has come in and been fantastic,” Hennessey said. “He’s a great guy and I’m really happy to have him here. He’s worked a lot with me this year and improved my game, and he’s a big influence. He’s played the game at a high level and he knows what you’re going through.

“I prefer a longer-term partnership and now Dean is in hopefully he can stay for a long time. He works really well with the manager and everyone around the club praises him, and what he does on the training field to help the goalkeepers is amazing.

“I’m a big believer that you’re always learning, especially as a goalkeeper and that’ll keep happening until the day you retire. Sometimes you go through years of your life where injuries can get you down, but touch wood I can stay fit and keep learning.”

Looking back at his career, the Bangor-born shotstopper’s fears about injury cutting him down in his prime are understandable. Back in 2012 when playing in the top-flight for Wolves, a ruptured anterior cruciate ligament in his knee forced him out of action for nearly 18 months and made him begin to question his future in the game. 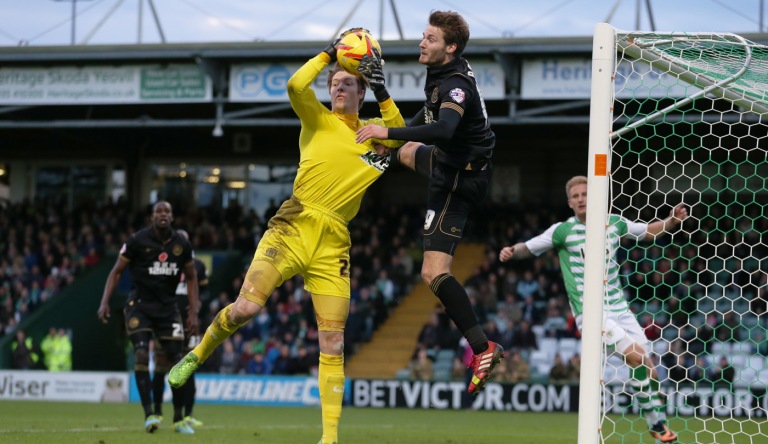 Through no fault of his own, he would find himself in the third tier following successive relegations for the Molineux club, and then farmed out on loan to Yeovil Town to try and rediscover his form and confidence. The thought of playing 100 more times in the Premier League may have been a pipedream at that moment, but now Hennessey is on the cusp of doing just that later this month, though he admits those dark days will ensure a sense of perspective while he enjoys the highs of being a top-flight goalkeeper.

“It was a difficult stage of my career and life as well,” he admitted. “When I did my ACL the surgeon said it would be eight to 12 months, and then I managed to get back training and re-ruptured it. I maybe came back too soon so that was a difficult part of my career. My head was low and I wondered if I was ever going to play again as 10 years ago an ACL was a career-ending injury, so for me to do it twice was difficult to take.

“Wolves went from the Premier League down to League One, and I was just sat there watching or doing my rehab. I managed to get myself back on track, and Yeovil was the perfect opportunity for me. I had 15 games for them and played really well, and I enjoyed the experience. It was a shock leaving a big club like Wolves to go to a little club like Yeovil, but I enjoyed my time there and they treated me really well, so I’ll always have a little place in my heart for them.

“After that, it was the perfect time for me to come to Crystal Palace, and I’ve enjoyed it all the way. To get close to 100 Premier League games for Palace is a massive achievement, especially with the injuries that I’ve had, so I’m very proud. I want to be the goalkeeper here for a long time.”

That looks set to be the case at international level where Hennessey is Wales’ undoubted number one. He broke Palace’s cap record by playing in 39 of his nation’s last 41 matches, bringing him up to 80 in total since he made his bow as a 20-year-old, putting him within reach of his childhood idol Neville Southall’s haul of 92 caps. 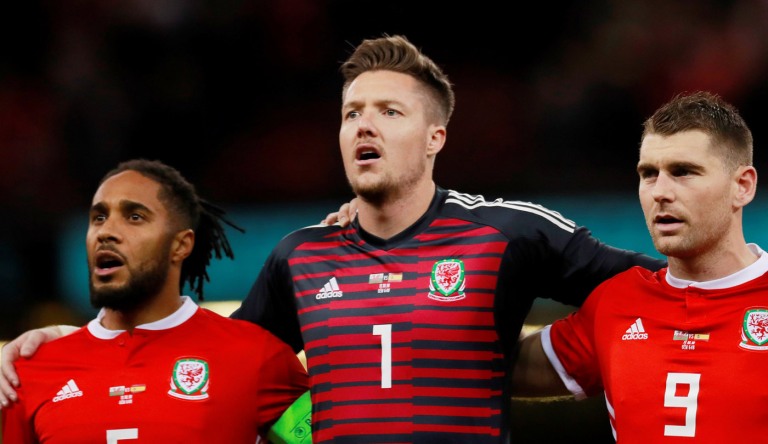 His time with the national team has seemingly crossed three generations of players, but hands the glovesman a unique perspective on how his country’s fortunes may continue to rise in the coming years as he suddenly finds himself surrounded in the squad by teenage sensations. “I played with Ryan Giggs and with him being on the other side now, you look back and realise that time has flown,” he said. “I’m still young for a goalkeeper as well, so it’s good to look back but I can also look forward too.

“It feels strange because I’m probably the third or fourth oldest player in the dressing room now. Ryan is bringing youngsters in and they’ve gelled really well, and their performances on the pitch shows that they’re grabbing their chance with both hands. It’s good because now we haven’t just got a solid team but a solid squad, so it’s exciting times for Welsh football.

“I’ve just hit the 80-cap mark now so reaching Southall’s record would be interesting. I’m also four or five clean sheets away from having the most of those too, so hopefully I can reach these targets. I need to keep playing well and impressing because Wales have got a talented goalkeeper behind me in Danny Ward, so he’s keeping me on my toes.”

As Hennessey has shown at Palace this season, having someone breathing down his neck only brings better performances between the posts, boding well for both club and country as he aims to continue the century-spanning love affair between the Eagles and Red Dragons.