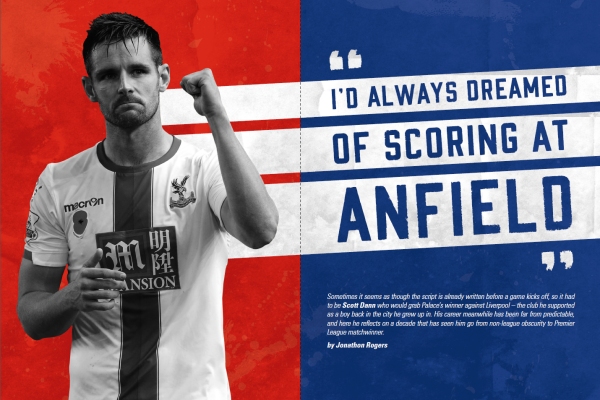 Sometimes it seems as though the script is already written before a game kicks off, so it had to be Scott Dann who would grab Palace’s winner against Liverpool – the club he supported as a boy back in the city he grew up in. His career meanwhile has been far from predictable, and here he reflects on a decade that has seen him go from non-league obscurity to Premier League matchwinner.