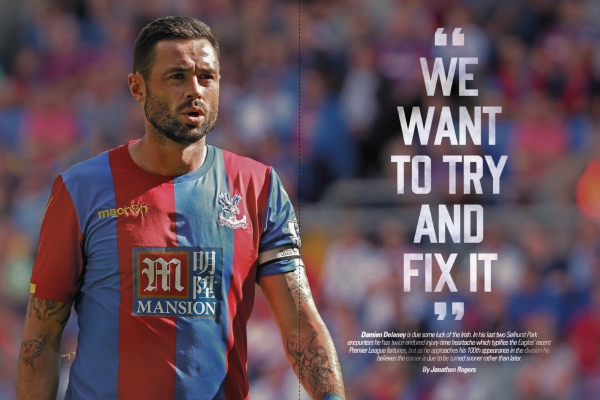 Damien Delaney is due some luck of the Irish. In his last two Selhurst Park encounters he has twice endured injury-time heartache which typifies the Eagles’ recent Premier League fortunes, but as he approaches his 100th appearance in the division he believes the corner is due to be turned sooner rather than later.